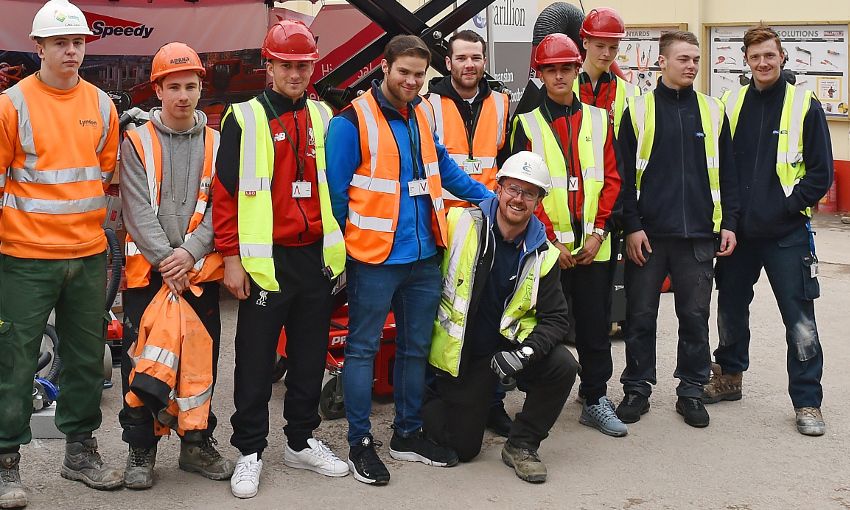 Photos and video: How the Main Stand transformation is gathering pace

On Friday afternoon, Liverpool FC U18s joined Carillion apprentices working on site at Anfield to learn some new skills – this time off the pitch.

The skills session was part of National Apprentice Week and saw five LFC Academy players roll up their sleeves to discover what it takes to be an apprentice working on what will become one of the largest all-seater single stand in Europe.

Yan Dhanda, Conor Masterson, Herbie Kane, Toni Gomes and Caoimhim Kelleher took part in a series of interactive construction challenges, designed to improve their awareness of safety on the Main Stand site, as well as learning all about life on a construction site.

LFC academy director, Alex Inglethorpe, said: “Meeting the apprentices working on the Main Stand and learning about the expansion of Anfield was a great experience for our U18s. It’s great to see that no matter what your apprenticeship, it’s important to not only learn your specific job skills but gain transferable life skills too.”

The Anfield stadium expansion project has supported 47 full-time apprenticeships for young people. Apprenticeships have been offered across a range of trades on site including groundwork, bricklaying, scaffolding and mechanical and electrical.

Chris Ruta, Carillion project director, said: “The Main Stand expansion project has enabled young people to gain vital personal and professional skills that will serve them throughout their career. It’s great to have the LFC Academy here supporting the Carillion apprentices and giving their players the chance to find out what it’s like for young people learning their trade at the stadium." 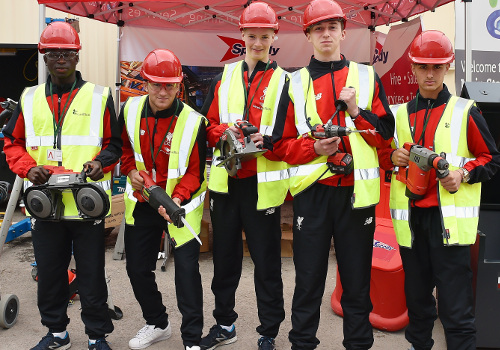 More than 400 construction workers and apprentices are transforming the Main Stand ready for the 20,500 fans that will support the Reds from the stand next season.

* The players were taking part in a demonstration only.