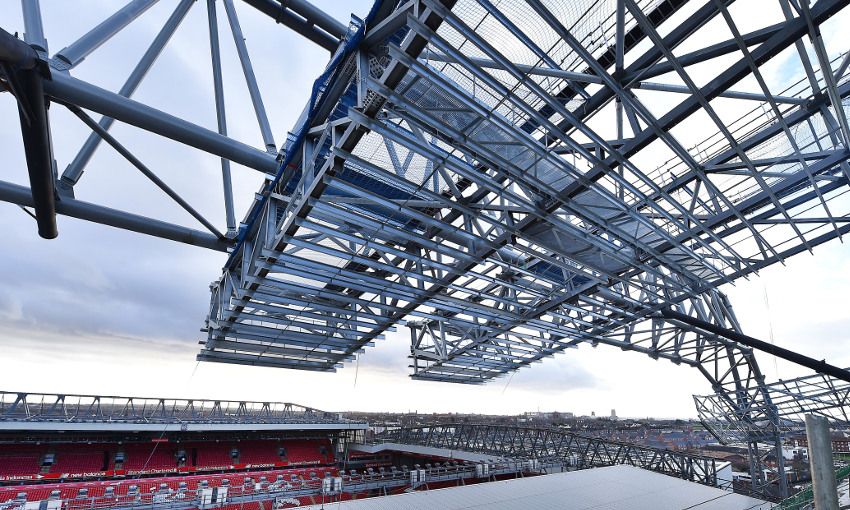 Free video: How the Main Stand has transformed in 2015

Just a few concrete terrace sections are still to be placed before the new tier, which will eventually hold more than 7,500 fans on a matchday, is complete.

Captured this morning, the latest photography shows how building work continues between each game at Anfield.

Construction of the new roof is also continuing today, as the site’s cranes lift and secure steel roof rafters, each weighing 70 tonnes, beneath the truss.

Across the site there are plenty more signs of the Main Stand’s ongoing transformation.

In recent weeks, work to fit L4's famous red sandstone bricks to the front of the stand has progressed significantly, and the first cables and pipes have also been installed.

The Main Stand expansion project is on target for completion during the 2016-17 season.

See the latest pictures of the redevelopment's progress below