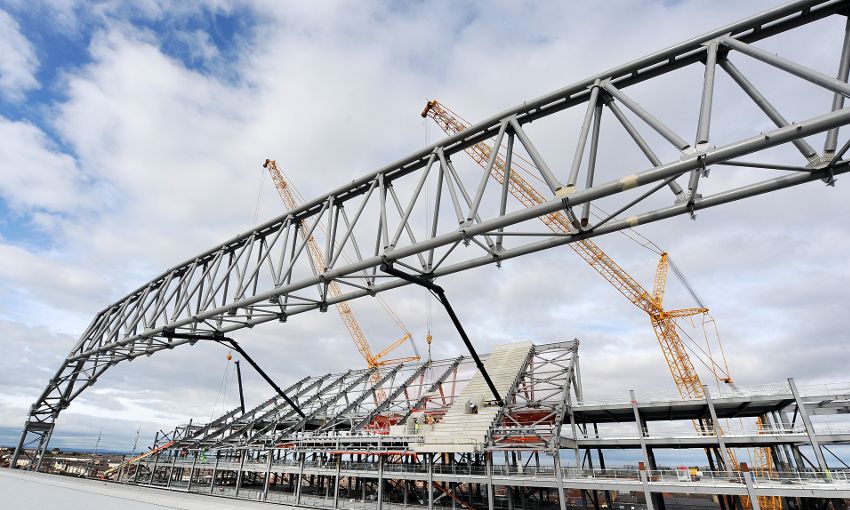 Work on the redevelopment of the Main Stand is continuing at pace – and our exclusive photographs track the latest progress at Anfield.

The Main Stand’s new upper tier has visibly taken shape since the last home game, with the first section of concrete terracing installed.

Images from Anfield show the site’s construction team lifting the upper tier into place, onto the stand’s new steel frame.

The redeveloped stand is set to comprise three tiers, with the upper level seating more than 7,500 fans on a matchday when construction is complete.

The important task of connecting the existing stand to the new steel structure is also set to get underway in the next few days.

Liverpool FC announced the redevelopment of Anfield in December 2014 and plans to add around 8,500 seats, taking the Main Stand capacity to over 20,000 and increasing the overall capacity of Anfield to around 54,000.

The Main Stand expansion project remains on target for completion during the 2016-17 season.

For further information on the expansion of the Main Stand visit www.liverpoolfc.com/stadium-expansion.