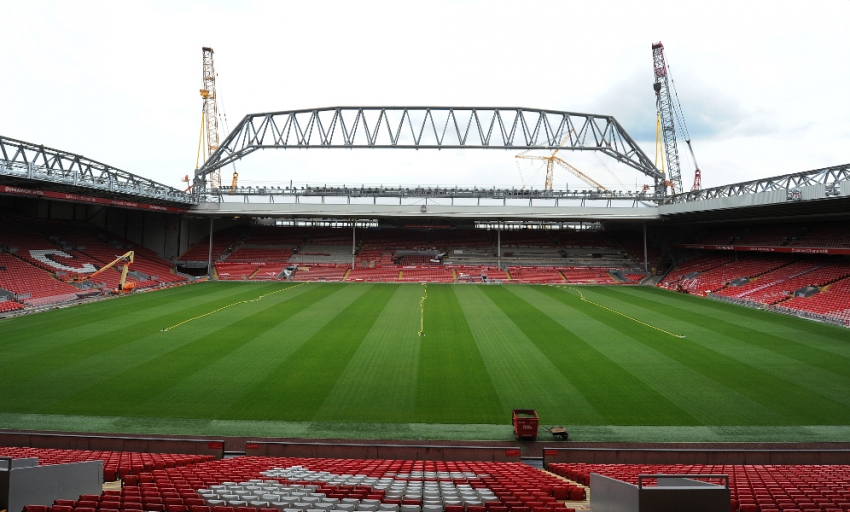 Following a landmark moment in Anfield's history yesterday, LFC caught up with Fenway Sports Group president Mike Gordon to hear the owners' thoughts on stadium progress and what next season has in store for fans.

Mike, this week saw a significant milestone in the club's history with the Main Stand roof trusses being lifted into place. When FSG acquired LFC nearly five years ago, John Henry and Tom Werner both said at the time they wanted to make sure whatever decisions were taken on the stadium were the right ones for the long term future of the club. Why is this project so important to FSG?

This project is so important to FSG for precisely the reason you mention: it's essential to the long-term future of the club. Resolving the open stadium question by expanding Anfield was an important part of our strategy to grow LFC, but we wanted to do it in the right way and not lose the heart and soul of the ground that makes Anfield so special. We went through an extensive process to make sure any decision was going to be in the best long term interest of the club and its supporters, and the result of that process was the announcement last December that we were committing to build a new Main Stand. We travelled a long road to arrive at this decision, one that included entering into a partnership with Your Housing Group and Liverpool City Council. This partnership was a critical piece to the puzzle and provided a robust framework for not only the stadium expansion but also the regeneration of the wider Anfield area. What was needed was a group effort to find a comprehensive solution that offered long-term sustainability to both the local area and the football club. Tom in particular was integral to this work. We at FSG are very mindful of our role as stewards of LFC as well as the club's importance to Liverpool itself, so all of these considerations were at the heart of every choice we have made.

We've seen the images and video of the roof being lifted into place which are spectacular, how involved have FSG been in the project?

First of all, I agree: the images and video of the roof are indeed spectacular. What an awesome sight. Needless to say, FSG has been deeply involved in any and all key choices, from working with the architects, planning consultants, landscaping consultants, the first-team manager and squad to get their input, and of course the LFC internal team dedicated and working on the new Main Stand project. John, Tom and I completely share the view that we want the Main Stand expansion to retain the heart and spirit of Anfield and the city of Liverpool itself. When supporters walk the concourses we want them to feel connected to Liverpool’s existing buildings and all they represent. Our consultants have walked around the city, studied Liverpool’s rich history and what makes it unique, and then incorporated those elements throughout the design. The spaces in the new stand have been designed to create a much warmer feel than you would usually find in a typical football stadium. We are pleased with how it is coming together, and believe that when we are finished, our supporters and everyone connected to the club will feel the same way.

FSG redeveloped Fenway Park over a ten-year period - what lessons did you learn and how have you included these into the stadium project at Anfield?

I think the most important lesson we learned is that it is in fact possible to take a hallowed sporting ground, expand it and upgrade it with modern facilities, and end up with the best of all worlds; a stadium that retains the essence of what made it special for decades while providing an improved experience for fans and an improved revenue opportunity - and therefore an improved competitive opportunity - for the club.

There will be around ,8500 new seats in the Main Stand with around half allocated for corporate hospitality - how have the sales on these seats been going and when can fans expect to see general admission season tickets being released?

We are delighted with hospitality sales thus far. The high end executive packages sold out more quickly than we expected and we are now seeing very strong demand for the next level of premium packages that are for sale. Revenue growth is an important engine used to drive modern football clubs forward, and continued strong demand for the new Main Stand offerings will go a long way to helping us address the gap we face in matchday revenues relative to our competition. For example, Arsenal derives nearly 40 per cent of their overall revenue from matchday whereas ours is just over 20 per cent, primarily because we currently have an older stadium with limited facilities. Beyond the economic and competitive impacts, the additional seats will allow us to offer thousands more LFC fans the opportunity to attend a match at Anfield and provide a vastly improved matchday experience for those who are able to secure tickets in the new stand. All I can say about the new general admission season tickets being released is that it will occur sometime in 2016. 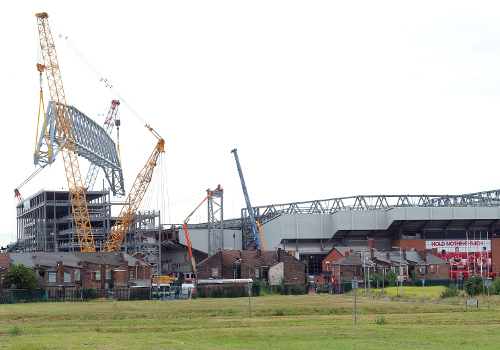 What about Main Stand naming rights - you've said in the past that you are interested in talking to partners on this. Is there any update?

Candidly, we've had a lot of interest in this area from third parties. While Anfield will always be Anfield, we are in fact in the market for a naming partner for the new Main Stand. Thus far we have had a number of very interesting conversations encompassing a wide range of partnership options. In reality, any Main Stand commercial sponsorship will ultimately depend on what potential partners are looking to achieve from such a relationship. I believe we at FSG have been clear all along that we intend to be creative and bold in all of our commercial activities in an effort to generate more revenue, which in turn is used to increase funding to those parts of the club that help us win football matches. It is worthwhile to point out that these deals can entail complex discussions around a wide spectrum of possibilities, from naming rights and hospitality packages to bundling with other sponsorship opportunities across the club and under the right conditions, even to outright investment. The common thread to all of these options, or any other commercial activity of LFC, is that they must help to accomplish the goal of generating additional resources to invest in LFC in order to move the club forward and win trophies.

We have always focused our energy and resources completely on the Main Stand - it's a very big and very expensive project! We need to make sure we do a great job bringing it to a successful completion before even considering any further changes to Anfield. Then, and only then might we take a look at Anfield Road Stand. At the right time, as with the Main Stand process, a robust research process will be undertaken to ensure there is a sustainable solution, one that works financially, before we could consider applying for full planning permission. Like the Main Stand, Anfield Road is rather complicated - there are services that run under the road as well as a number of other social and environmental issues that we will have to consider when the time is right.

So work is progressing well but when do you expect the Main Stand to be open?

Yes, work is progressing well and despite the fact that this is a complex project, we are on track in terms of budget and schedule. We still expect that the new Main Stand will be open to fans and hospitality guests at the start of the 2016-17 season, which will be an impressive accomplishment by everyone in Liverpool who has worked on the project. John, Tom and I are grateful for their efforts.