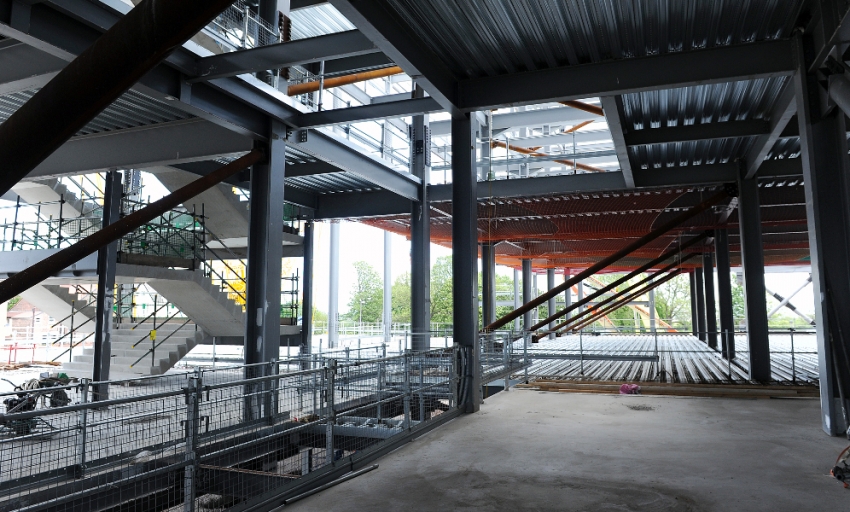 Essential work on the redevelopment of Anfield has continued at pace since the end of the season and our latest batch of exclusive official images and time-lapse footage show the assembly of the first piece of the Main Stand's new truss.

Thanks to a specially-positioned camera on the construction site, supporters can take a closer look at the progress during recent months courtesy of the free video and gallery below.

Since Liverpool's final home game of the campaign, the 1980s structure which formed part of the existing Main Stand has been demolished in preparation for later work that will see the new and existing structures connected.

A 650-tonne crane, visible in the skyline, has now started to assemble the truss which will support the expanded stand's new roof - after the first piece arrived on site at Anfield last Friday.

It currently rests above the Main Stand's new podium level; once completed, the two-storey podium will provide access for fans entering that section of the stadium.

The redevelopment was announced by the Reds in December 2014 with plans to add around 8,500 seats, taking the Main Stand capacity to over 20,000 and increasing the overall capacity of Anfield to around 54,000.

Carillion, the club's construction partner, began building work on January 8 and the expansion is expected to be completed during the 2016-17 season - making the Main Stand one of the largest all-seater stands in Europe's top divisions.

Catch up with the all of the latest progress via the pictures and video below.