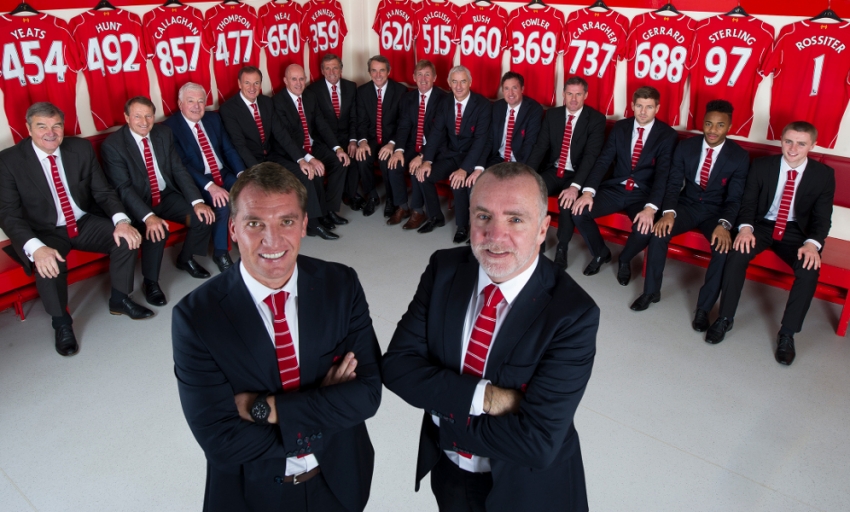 Liverpool Football Club have confirmed the expansion of the Main Stand at Anfield Stadium.

Construction, which will begin early next year and be completed during the 2016-17 season, will add around 8,500 additional seats, taking the Main Stand capacity to over 20,000 and overall Anfield capacity to around 54,000.

Matches will continue to be played at Anfield during the construction works. Click here for more information.

The expansion is just one element of Liverpool City Council's major regeneration plan, which was announced in October 2012, to transform the Anfield area and make it a better place to live, work and visit.

At the time, the club committed to working with the City Council and Your Housing Group in support of their delivery of the regeneration plan, and also confirmed its preference was to stay and expand Anfield Stadium.

Tom Werner, Liverpool chairman, said: "Since Fenway Sports Group took ownership of the club, we were committed to explore in depth all options for the future of Anfield Stadium. We listened to fans, the community, partners, the Supporters' Committee and key stakeholders involved in the club.

"It was just over two years ago that we said our preference was to stay at Anfield and here we are today announcing that the expansion is going ahead. We have made more progress in the past two years than in the last decade.

"Having experience of expanding Fenway Park and being through a similar and very successful project for the Red Sox, everyone at FSG is extremely proud and excited to be part of expanding Anfield Stadium."

The expanded Main Stand, which will become one of the largest all-seater stands in Europe's top divisions, will comprise three tiers, with the existing lower tier re-profiled to accommodate a widened player tunnel, new team benches, media platform and wheelchair viewing positions.

The scheme will also include a two-storey podium which will become the new home for the Hillsborough Memorial, while the iconic Shankly Gates will also be repositioned as part of the new designs.

Chief executive officer Ian Ayre commented: "Today is an important milestone in the history of Liverpool Football Club. Since we embarked upon this journey we have always said that we need certainty; we now have that certainty and will progress with the expansion of the Main Stand.

"We received very positive support for this expansion during a public consultation exercise and today is also an important step for the wider regeneration of the Anfield area.

"There has been a tremendous amount of work done to get us where we are today but this is just the beginning. This is a major construction project which will take place during the football season and while we will make every effort to minimise any impact or disruption to normal operations, we ask for the continued support and understanding from our fans and the local community.

"Expanding Anfield is very much part of our long-term strategy of growing the club and on behalf of the directors, players and staff, I'd like to thank the local community and residents, our fans, Liverpool City Council and Your Housing Group for all their support."

The landscape improvements around the Main Stand will integrate into the neighbourhood and improve wider connections to Stanley Park as well as creating a space for fans to gather and enhance the experience of those visiting the stadium on matchdays and non-matchdays.

A transport strategy has also been created that builds on steps already taken to improve access to the stadium and is primarily aimed at limiting the number of cars being used by people attending matches.

Integrated support services company, Carillion, has been appointed to manage the construction of the Main Stand expansion and will be on site later this month.

As part of the overall planning application, outline proposals to expand the Anfield Road Stand with an increased capacity of around 4,800 seats have also been approved, although there is no timeframe set for this expansion.

Kathy Cowell, chair of Your Housing Group, said: "The Anfield Project has always been about wholesale regeneration, involving not just a redeveloped stadium but new homes, new businesses and new employment opportunities that benefit the local community.

"The new homes and the job opportunities are already being delivered and the start of work on the stadium signals the realisation of the next stage of the partners' ambition to turn a vision into a reality for the people of Anfield."

The mayor of Liverpool, Joe Anderson, said: "The start of work on the Main Stand will mark the beginning of a project which will deliver huge benefits to the city of Liverpool and to the communities in and around Anfield.

"It is the culmination of a great deal of hard work from many parties, including our colleagues at Your Housing Group, and is evidence of the commitment of Fenway Sports Group to the strategic vision which we jointly unveiled just over two years ago. I'm delighted that we have reached this decisive turning point in the history of Anfield."

16 days to go: A first look inside the Main Stand concourses