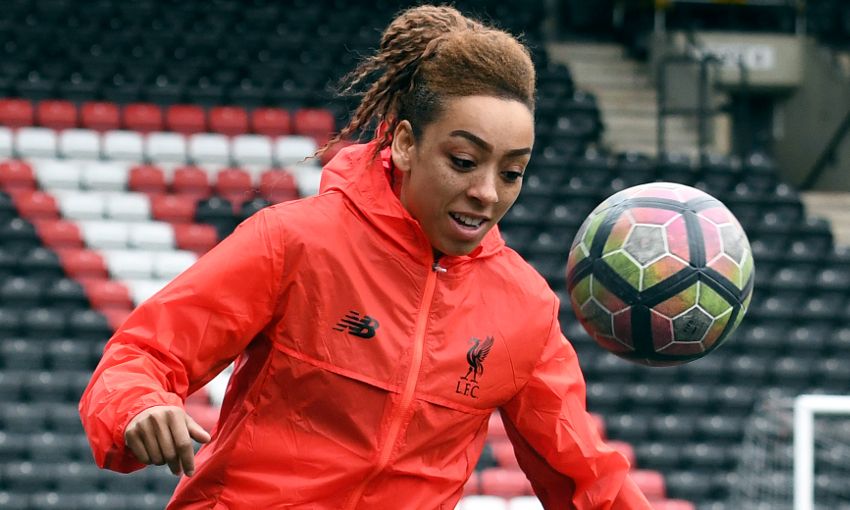 Jess Clarke was on the mark as Liverpool FC Women cruised to a 3-0 win over Durham Women in a friendly encounter on Sunday.

Laura Coombs and Christie Murray were also on the mark for Neil Redfearn's new-look side.

Liverpool FC Women took the lead on 28 minutes when Murray was brought down and converted the resulting penalty.

Courtney Sweetman-Kirk was then unfortunate to see her close range header brilliantly saved and pushed onto the bar.

It was 2-0 on 58 minutes when Clarke found the net with an unstoppable header following a great cross from Murray.

Murray played a part in the third goal on 65 minutes when a sweet one-two saw Coombs slot home the final goal.

All eyes now turn to Liverpool FC Women's opening game of 2018-19, when they host Manchester United in the group stage of the Continental Cup on August 19 at Prenton Park (2pm BST).