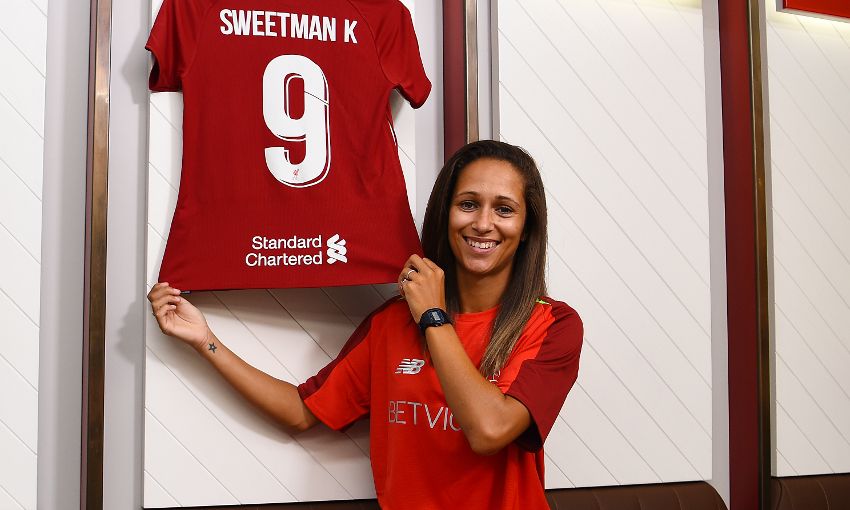 Courtney Sweetman-Kirk netted her first goal in a red shirt as Liverpool Ladies beat Blackburn Rovers Ladies 3-1 in a pre-season friendly on Saturday.

The new No.9 showed her predatory instincts when she met a superb set-piece delivery from Christie Murray.

Neil Redfearn's side produced an impressive display during the outing at Bamber Bridge and could have scored more goals.

Two trialists were also on the mark for Liverpool Ladies with Sweetman-Kirk also claiming an assist.

Liverpool Ladies will head to Germany this week for a pre-season tour with matches lined up against SGS Essen (August 1) and Bayern Munich (August 5).