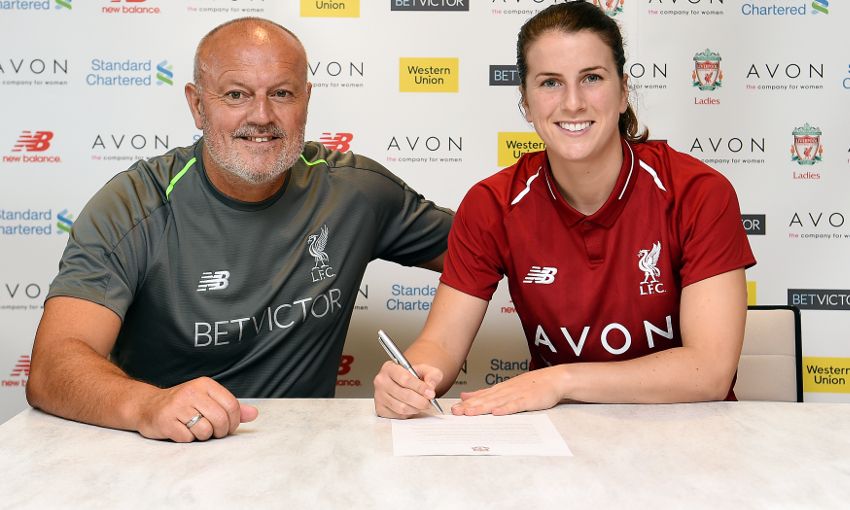 Liverpool Ladies have completed the signing of Republic of Ireland international Niamh Fahey.

The defensive midfielder joins the Reds from French Division 1 Feminine side Bordeaux having previously played for Arsenal Women and Chelsea Women.

Fahey helped Arsenal Women to a domestic treble in 2009 before playing a key role as Chelsea Women won a domestic double in 2015.

"I am absolutely delighted to be returning to the WSL and playing for a club as big as Liverpool Ladies," she said.

"I am a huge Liverpool FC fan so I cannot wait to pull on the red shirt for the first time.

"I really enjoyed my time in France with Bordeaux but felt as though the time had come to return to the WSL and experience a new challenge. Having spoken to Neil [Redfearn] and listened to the club's ambitions, I am really confident that we will have a successful season."

Ladies manager Redfearn said: "This is a really important signing for the club as Niamh is a top-class footballer.

"She has won a number of trophies during her spells with Arsenal Women and Chelsea Women so her experience will be vital for us this season.

"A number of other clubs tried to sign Niamh so we are delighted that she has decided that Liverpool Ladies would be the right club and I am really looking forward to working alongside her."