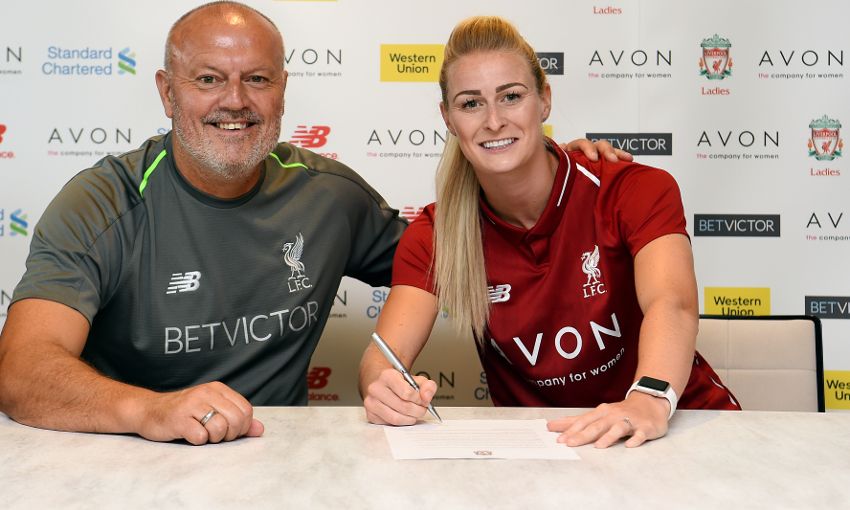 The 27-year-old defender will link up with Neil Redfearn again having helped Doncaster Rovers Belles to the WSL2 title last season.

Having begun her professional career with Blackburn Rovers Ladies in 2009, Roberts then joined Doncaster in 2013 and played a key role in central defence for the Belles.

"This is a great move for me and I cannot wait to work with Neil again," she said.

"Liverpool Ladies is a big club with real ambitions for the future so it was a move that I could not turn down.

"I would like to thank everyone at Doncaster Rovers Belles for their support over the past few years as it is a great club with real tradition and would like to wish everyone there the best of luck for the future.

"However, I feel as though this was an opportunity and new challenge that was too good to turn down and I'm really excited for the new season."

Redfearn said: "I am thrilled to have been able to sign Rhiannon as she played an invaluable role for Doncaster Rovers last season as well as also proving her qualities with Wales in their FIFA Women's World Cup qualifying campaign.

"She is an excellent defender who also has a real presence in the backline and I have no doubt that she will be a key player for Liverpool Ladies next season."