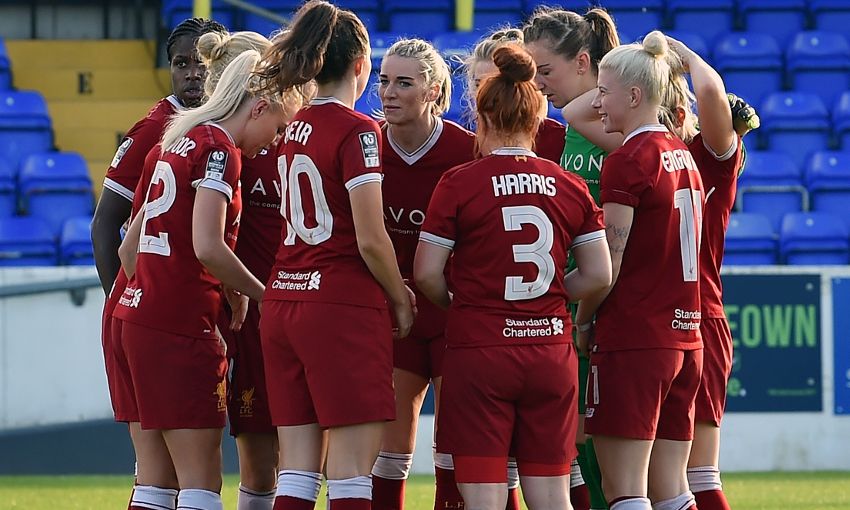 It was a disappointing afternoon for Liverpool Ladies as they lost 3-0 to Reading FC Women at the Madejski Stadium in the Women's Super League on Saturday.

After their 1-0 midweek win over Manchester City, Scott Rogers’ charges were hoping to build on a fine performance and take the game to the Royals.

But a Reading team featuring former Liverpool Ladies stars Fara Williams and Natasha Harding earned a victory that saw them go three points clear of the Reds in the race for a top-four finish.

Liverpool Ladies got off to the worst possible start after they went a goal down after just four minutes when Brooke Chaplen fired home from the edge of the box.

Siobhan Chamberlain was then called upon to keep Rogers’ side in the game as she made two brilliant saves to deny the home side.

The Reds then began to get a grip of the game and push forward. Alex Greenwood went close to an equaliser when she broke clear but saw her effort kept out by Reading stopper Grace Maloney.

Laura Coombs then came within inches of getting the Reds level when her rasping drive from distance cleared the bar.

With Liverpool Ladies pressing for an equaliser in the second half there was always the danger of Reading increasing their lead on the break, and their vital second goal arrived on 73 minutes when Chaplen pounced again to make it 2-0.

Bethany England went close to making it a frantic finish to the game when she struck a volley just wide, before a hat-trick hunting Chaplen hit the bar at the other end of the field.

Lauren Bruton then put the game beyond doubt when she made it 3-0 on 80 minutes.

Liverpool Ladies are back in action next Sunday (May 20) in their final game of the season when they host Chelsea at Prenton Park, with kick-off set for 12.30pm BST.