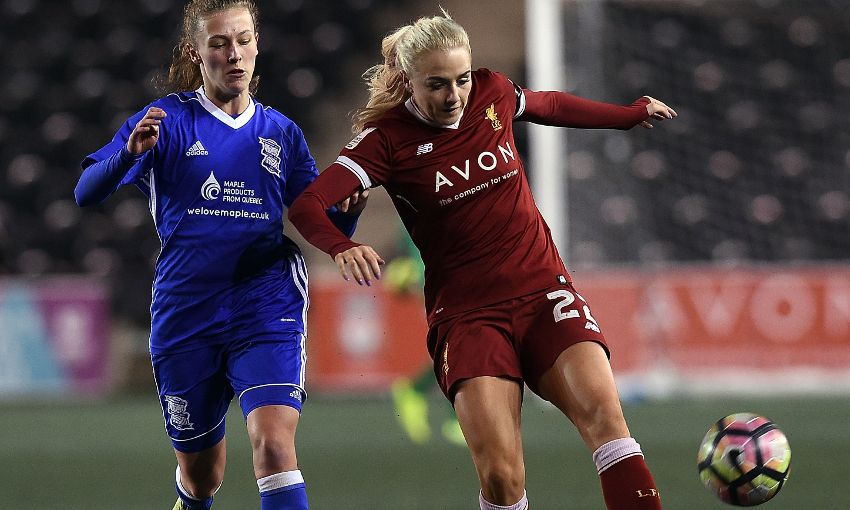 It was a day to forget for Liverpool Ladies after they suffered a 4-0 defeat away at Birmingham City Ladies on Sunday afternoon.

Manager Scott Rogers was absent due to personal reasons, so his backroom team of Phil Backhouse, Jordan Whelan and Joe Potts took charge for the Women's Super League clash at Solihull Moors FC.

After last weekend’s SSE Women’s FA Cup quarter-final loss at the hands of Chelsea, the Reds were looking to bounce quickly back to form.

Bethany England returned to the line-up after being ineligible to play last weekend, and there was the welcome sight on the bench of talented youngster Niamh Charles, who has missed a number of games through injury.

The home side took the lead after 12 minutes when Rachel Williams found the net with a spectacular strike into the top corner.

Liverpool Ladies then came close to an equaliser on 17 minutes when Amy Rodgers sent an effort just wide of target.

But, a minute later, it was 2-0. Paige Williams was given too much space down the left flank and her cross looped over Siobhan Chamberlain and into the net.

The hosts made it 3-0 just past the hour mark when Jess Carter cut inside from the right and drilled a low shot into the bottom corner of the net via the post.

And Birmingham got their fourth as Ellen White netted on 81 minutes.