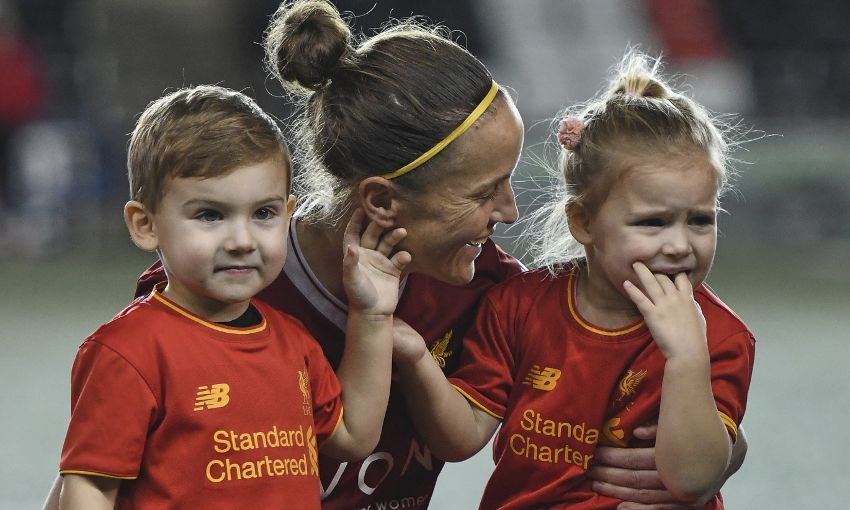 Liverpool Ladies defender Casey Stoney has penned an open letter following her decision to retire from playing to begin a coaching career with England.

The centre-half, who is one of the best-known players in the Women's Super League, pays tribute to the teammates and coaches who have helped her along the way...

To all those who have followed my career,

Today, I am announcing my playing retirement from the game I have loved all my life. Although I am sad to be hanging up my boots, I do so proud of what I have achieved and with great optimism about what the future holds for the women's game. With that in mind, I am hugely excited about starting my next chapter as part of Phil Neville's Lionesses backroom team. My new role will formally begin in time for the SheBelieves Cup next month.

In 1994 I made my senior debut and I feel extremely fortunate to have enjoyed such a long and successful playing career. Along the way I won 12 major trophies, all of which I treasure, and was awarded an MBE, which I still have to pinch myself about! I look back fondly on being part of an England side that won a European silver medal in 2009, rose to become the third-ranked team in the world, and that took the bronze medal at the 2015 FIFA Women's World Cup.

It really has been a dream come true, the culmination of which will be this Wednesday against Sunderland AFC Ladies, when I take to the field for the final time.

Before then, I want to say thank you to everyone at each of my former clubs: Arsenal, Charlton, Chelsea, Lincoln, Liverpool and of course England. The fans, management, coaches and my teammates have all greatly contributed to my career. My success is yours too and I'll be forever thankful to you for helping me get to where I am today.

In particular, I'd like to thank Keith Boanas at Charlton, who was a mentor to me, especially during the tougher times. Terry Byrne, my agent, and everyone at 10Ten Talent who have always looked after me – your counsel has been invaluable. Finally, Sue Campbell, the FA's Director of Women's Football, for championing my cause and guiding me through the player-to-coach scheme.

I also want to place on record my thanks to my current manager, Scott Rogers, and Liverpool Ladies FC as a whole, who have been incredibly supportive of my decision. To have been a small part of this great club's history is something that will live with me forever. 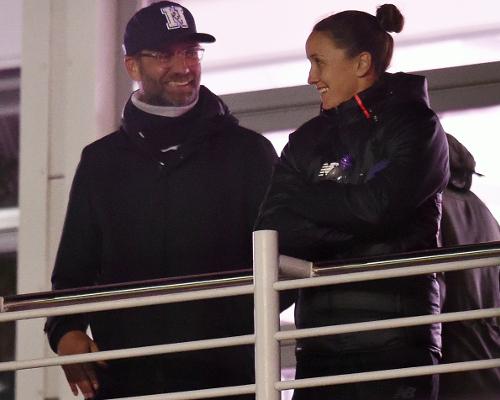 Representing and captaining my country was an honour and a privilege. I made 130 appearances for England – as well as skippering the Great Britain team five times at the London 2012 Olympics – which will live long in my memory. Hope Powell gave me my first cap in 2000 and made me captain – simply, that changed my life and for that I will be eternally grateful. I would also like to thank the PFA and Gordon Taylor, who opened up the opportunity for me to become the first female on their management committee.

Football is full of ups and downs but the one constant has always been the strength given to me by my family – firstly my Mum, Dad and brother, who have been there from the start. Secondly to my partner, Megan, and our children, Teddy, Tilly and Willow, who inspire me every day to be the very best version of myself.

I am thoroughly looking forward to working with Phil Neville, who is an excellent choice to take the women's game forward. I talked to him at length before accepting the job and was hugely impressed with his vision, passion and eagerness to learn. I will be doing everything possible to support him alongside finishing my coaching badges.

The women's game has grown significantly in this country in recent years, which is something we should all be very proud of. The challenge now is to continue producing performances and results which encourage even more interest.

One of the most simple but powerful notions I practised throughout my career was to try and leave any team I was part of in a better place than when I joined it. I am very confident that, with your support, Phil and I will continue this with the Lionesses.

I was lucky to have played in a successful era of women's football; now it is time for me to give back. That starts with me working hard to support and develop the hugely talented group of players England has at the moment.