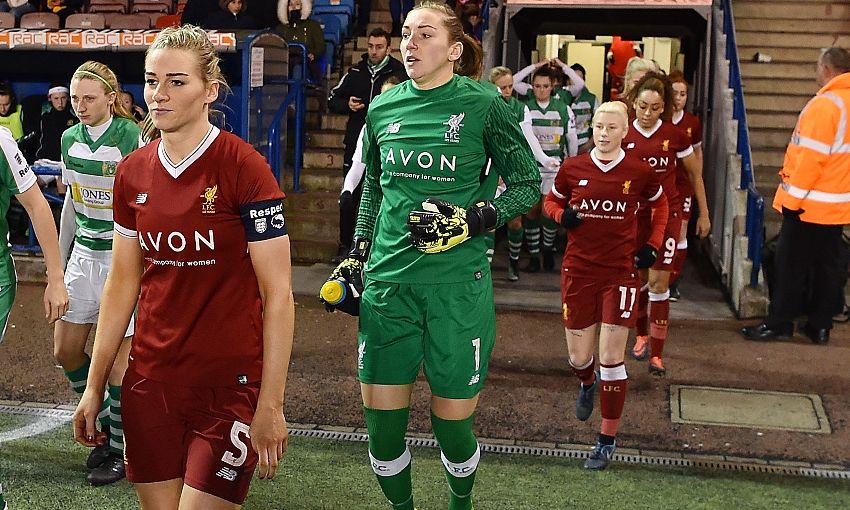 It seems quite a while ago now when we played our last match, when we scored eight goals past Yeovil Town Ladies in our first game of 2018. That was a fantastic way for us to bounce back from the Chelsea cup disappointment and I thought we were excellent on the night. It was important after the break we had over Christmas to come back with a positive performance, first and foremost. Bethany England scored four goals and I was delighted for her. She has probably been a bit frustrated with herself in terms of scoring goals because I know she demands high standards from herself, but we were all delighted for her to get on the scoresheet. It was her first hat-trick in the Women’s Super League and hopefully she can take confidence from that and push on for the rest of the season. We were ruthless on the night but if we are being honest, with the opportunities that we had, we should have scored a few more than eight. Against the top sides you have to make the most of every opportunity you do get, but to score eight goals we were definitely happy. 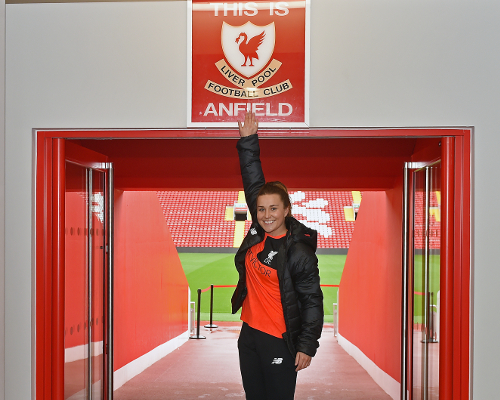 Besides the eight goals we scored it was also a double celebration for us as Amy Turner made her debut and we were all absolutely delighted for her. Amy has worked so hard to get back on the pitch again. It has been a really tough time for her and it’s not been an easy ride and I think other players could easily have thrown the towel in, but not Amy. She deserves an enormous amount of credit for what she has been through and to see her flying about in training is fantastic. We are all delighted to have Amy out there with us and I know she will add real quality to this squad. We understand it will take her a bit of time to get 100 per cent sharp again, but Amy’s return is like a new signing for us.

After the result against Yeovil it would have been the perfect start towards gaining some momentum, so it was frustrating to not have played a game since due to cup and international fixtures. With a lot of the squad having spent time away on international duty it was good to get the group back together on Thursday. We are aware now the games start to come in quick succession - starting with Bristol - and we have to be prepared for that.

Ahead of our game with Bristol on Saturday the squad has received a major boost with the arrival of England U20 international striker Rinsola Babajide, and we welcome her with open arms to Liverpool Ladies FC. We played against Watford in pre-season and we knew about Rinsola. She stood out as a player in that team and now she has signed for us I believe she will be an exciting addition. She is still young, has a lot of potential to show, and hopefully we can get the best out of her. 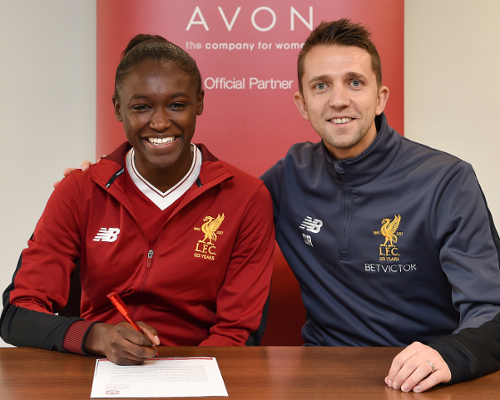 Bristol City visit the Select Security Stadium on Saturday evening and we know how good a team they have. They like to get the ball down and play but they are also a young team with a lot of energy about them. They beat us in pre-season so we know we will have to be on top of our game and put in a good performance if we want to get the three points. If we can do that then I’m confident we can get the result we want. As always we want to make our fantastic supporters happy and proud. I know the men’s first-team are playing at home on the same night, but we appreciate all the support we get and we know our fans will be singing their hearts out as they always do.

Support Liverpool Ladies on Saturday evening against Bristol City Women. Kick-off at the Select Security Stadium in Widnes is at 5.30pm GMT.