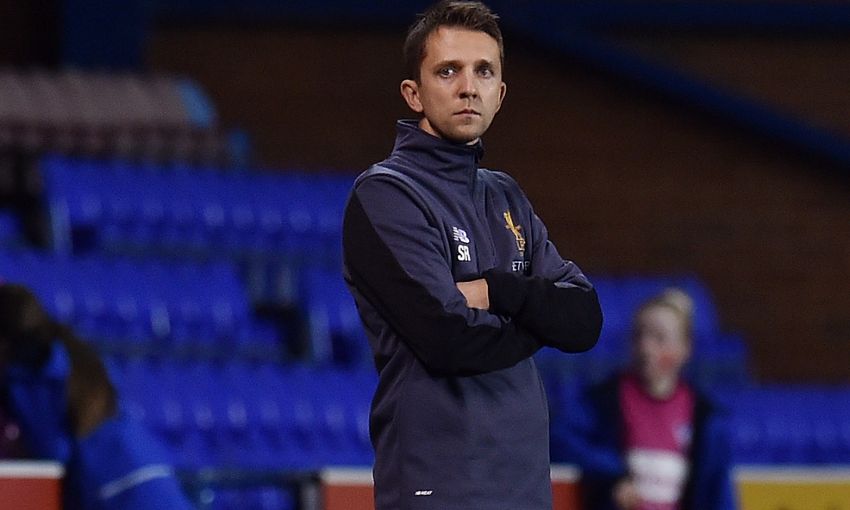 It was a frustrating end to 2017 for Liverpool Ladies after they crashed out of the Continental Tyres Cup after a 5-1 quarter-final defeat away at Chelsea on Sunday afternoon.

The home side scored an early goal and were strong and clinical on the counter-attack.

Scott Rogers was then forced into an early change when Niamh Charles couldn't continue and Wales international Natasha Harding joined the attack.

Former Chelsea midfielder Laura Coombs went close for the Reds after five minutes with an effort that landed just past the post.

Kirby struck the bar from close range before Chelsea doubled their advantage on 23 minutes when Ramona Bachmann found the net after an excellent counter-attack.

A minute later Kirkby scored again to make it 3-0 and was then denied a first half hat-trick after a fine stop from Chamberlain.

Liverpool Ladies ended the half strongly and Casey Stoney was unfortunate to see her effort cleared off the line.

Rogers' charges showed great spirit after the restart and took the game to their opponents.

Harding was denied from close range before Stoney pounced to make it 3-1 on 51 minutes following a corner.

It was almost 3-2 on the hour mark when Harding was denied by a fine stop from Carly Telford, but three minutes later it was effectively game over when Kirby netted to claim her hat-trick.

Alex Greenwood then had an effort cleared off the line but Erin Cuthbert sealed a semi-final place for Chelsea by making it 5-1 on 77 minutes.

Caroline Weir struck the bar with a superb free-kick in the 90th minute but it just wasn't to be Liverpool Ladies day.