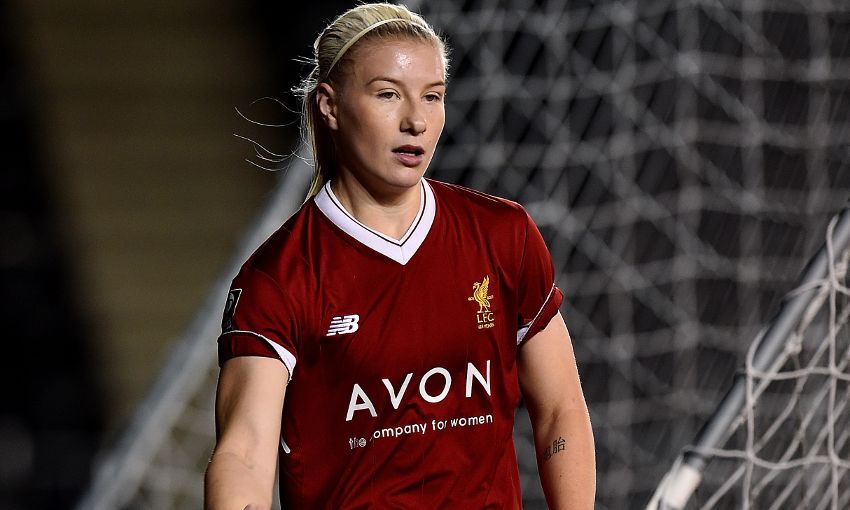 There was frustration for Liverpool Ladies as they lost 1-0 to Sunderland in the Continental Tyres Cup at Mariners Park on Tuesday night.

Going into the rearranged tie following Saturday’s postponement, Scott Rogers’ charges had already qualified for the quarter-finals of the competition, but the hosts clinched top spot with victory in the final group game.

The home side started brightly and took the lead on 13 minutes when Bridget Galloway headed home a cross from ex-Red Lucy Staniforth.

Liverpool Ladies then pressed hard for an equaliser. Bethany England was inches away from connecting with a superb cross from Alex Greenwood and Jess Clarke was denied at close range by Rachael Laws.

Sunderland almost doubled their advantage on 29 minutes when Galloway found space but her effort was superbly saved by Siobhan Chamberlain.

Then with half-time approaching the Reds went close when an inviting pass from Clarke set up Ashley Hodson but her effort was kept out by Laws.

In an effort to get back on level terms Rodgers brought on striker Natasha Harding on the hour mark. The Welsh international had netted a hat-trick against the Black Cats on this very pitch the last time the two sides met in October.

Within two minutes of entering the field Harding twice went close but on both occasions her efforts were kept out by Laws.

The former Liverpool Ladies stopper was enjoying a fine game against her former club and she showed her qualities once again on 66 minutes with a brilliant save to deny Caroline Weir.

Clarke then saw an effort from a corner cleared off the line as Sunderland continued to keep the Reds out.

Rodgers then handed a debut to youngster Cassia Pike who replaced Hodson for the final 14 minutes.

Try as they might Liverpool Ladies just couldn’t find a way past Laws, and both clubs will now look forward to Thursday’s quarter-final draw.

Liverpool Ladies are back in action on Sunday when they face Arsenal in the final Women’s Super League game of 2017 at Boreham Wood FC. Kick-off is at 2pm GMT.