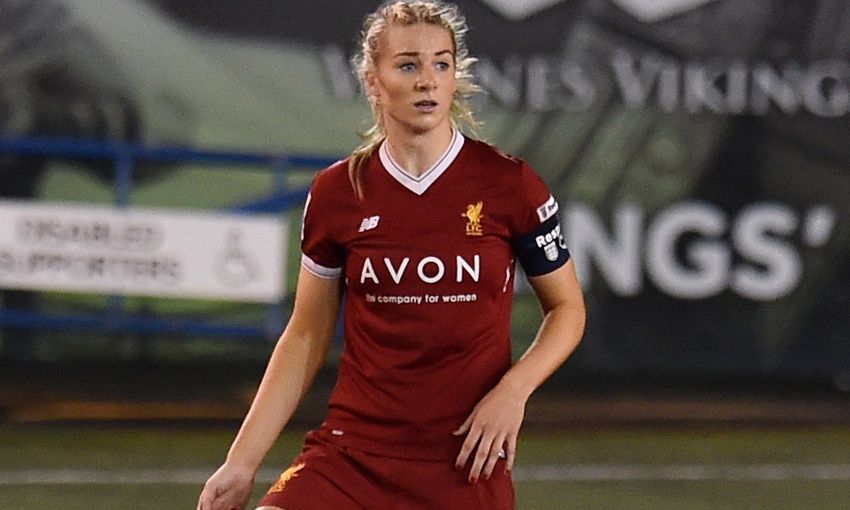 Chamberlain the hero as Ladies beat Durham in penalty shootout

In her latest column, Liverpool Ladies captain Gemma Bonner looks forward to Saturday's Women's Super League clash with Birmingham City Ladies and tells us why the club's fantastic supporters can inspire them to victory.

It was so important for us to win our last game in the Women’s Super League when we came from a goal down to beat Sunderland Ladies 4-1. We went into it on the back of the defeat against Reading Women which we weren’t too happy with. The Sunderland game was played in very difficult conditions with the wind and I think the result was always going to depend on who dealt with the weather the best. We went a goal down but the reaction from the girls pretty much straight from kick-off to get level showed great character that we have in this team. To score four goals was pleasing and it was a vital win for us. 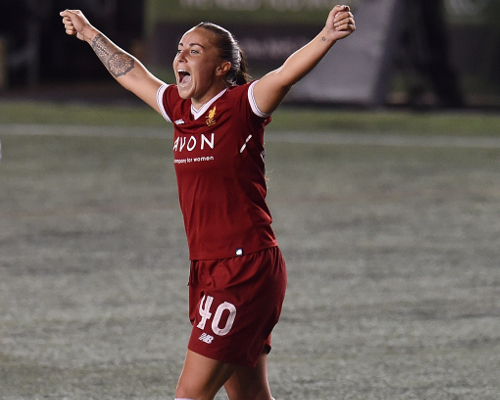 Natasha Harding took all the plaudits with the hat-trick and they were all great finishes. It was a tough night and we had to show a different side to our game because we were restricted to how much we could do with the ball, but we knew we had to put in a hard shift and it was a matter of being patient and getting the three points.

We had another tough game last weekend when we beat Durham Women FC on penalties in the Continental Cup. It was a disappointing afternoon for us because we expected to go there and get the three points. We were under no illusion that it would be an easy game because they are at the top end of WSL 2 and we expected a tough one. It was a frustrating game for us but you’ve got to give credit to them and for the way they carried out their game plan. For us, we’ve got to do better with the ball in the final third and also take our chances because we did create a lot of them.

We had our goalkeeper Siobhan Chamberlain to thank who was brilliant in the shootout when she saved three penalties. As frustrating a game it was for us, it was probably a good experience for the squad to experience a penalty shootout because we haven’t faced too many over recent years. 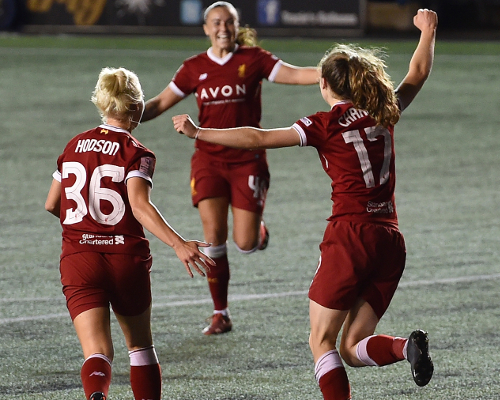 Next up we host Birmingham City Ladies at the Select Security Stadium in Widnes on Saturday evening (kick-off 5.30pm GMT). Birmingham recently changed their manager before the Spring Series and they have also signed a few new players so they are still growing as a team. On the pitch they have always had a strong squad and been hard to beat but now they are playing a good style of football. They have a good balance of not conceding and scoring goals so that makes them dangerous. We have to be prepared but we are back on home turf and it’s a big game for us.

As always, our intentions are to send our fantastic supporters home happy. We can’t thank our fans enough for the amount of miles that they have put in supporting us. The last couple of weeks they have followed us to Sunderland and Durham and their support is unbelievable for us as players. We appreciate them so much and we want to get the three points. We know nobody likes coming to our ground but that is something we’ve got to take advantage of, especially with the brilliant backing we have.

Show your support for Liverpool Ladies against Birmingham City on Saturday evening. Kick-off is at 5.30pm. Click here to find out more.