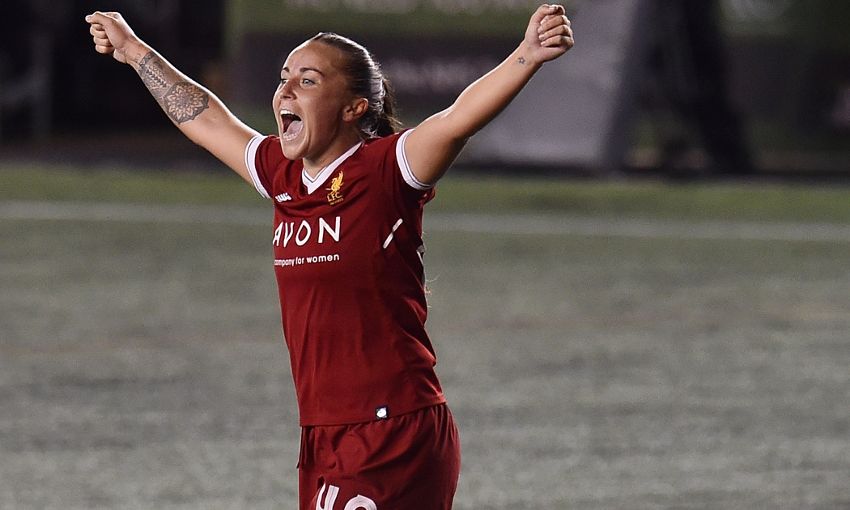 Natasha Harding fired a hat-trick as Liverpool Ladies returned to winning ways with a 4-1 win over Sunderland in the Women’s Super League at Mariners Park on Saturday evening.

Scott Rogers’ charges played some fine attacking football and will take a lot of confidence from this important victory.

The home side started brightly and took the lead on 10 minutes when former Red Lucy Staniforth beat Siobhan Chamberlain with a fantastic strike.

The response was superb from Liverpool Ladies when straight from the restart they were level when the always dangerous Harding pounced to make it 1-1.

Harding came so close to scoring again on 21 minutes but she just couldn’t quite reach a teasing cross from Bethany England after a good team move.

Four minutes before the break a free-kick from Alex Greenwood was headed across goal by Gemma Bonner, but just as Satara Murray was ready to pounce the Sunderland defence managed to clear the danger.

The home side started the second half strongly and it took a brilliant double save from Chamberlain to keep them out.

On 57 minutes Liverpool Ladies took the lead when Greenwood’s corner flew straight into the back of the net.

Three minutes later it was 3-1 when Harding raced through and gave Rachael Laws no chance with a superb finish.

The Sunderland stopper then produced two brilliant saved to deny England and Harding, and Bonner also went close with a wind assisted effort from the halfway line that flew just past the post.

Harding wasn’t to be denied though and sure enough she got her hat-trick on 87 minutes with another superb finish after an assist from Niamh Charles.