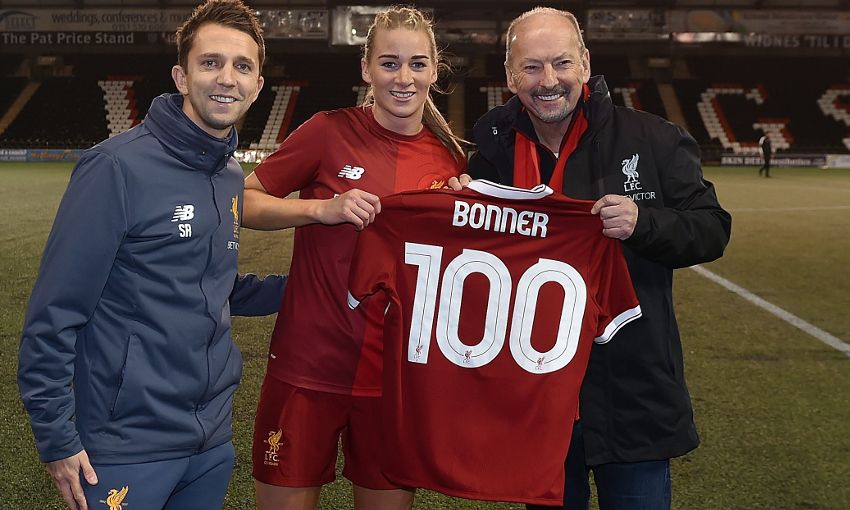 Liverpool Ladies cruised to a 6-0 victory against Sheffield Ladies in their opening Continental Cup group tie on Wednesday night as captain Gemma Bonner made her 100th appearance for the club.

Scott Rogers' charges went into the fixture looking to put a narrow 1-0 defeat to Chelsea Ladies behind them, with the manager saying he expected his side to play at their highest level to be successful against a resolute Sheffield Ladies team.

That certainly proved to be the case, with a superb collective display resulting in a comprehensive win over their Sheffield counterparts.

Liverpool Ladies started the game brightly, with quick pass and move football helping them progress into the Sheffield half early on.

The breakthrough came in the 10th minute of the tie, when Weir fed onto a ball played over the top by Alex Greenwood. The attacking midfielder slotted it past the onrushing Danielle Gibbons to kick off the scoring.

Greenwood saw her long-range free-kick hit the crossbar, and moments later Weir was denied a second by a fantastic point-blank save from former Liverpool Ladies goalkeeper Gibbons.

However, in the 30th minute Weir did get her second as the Scotland international cut inside from the right and her drilled effort squirmed underneath Gibbons.

Rhema Lord-Mears then had a fantastic chance to put Sheffield Ladies back in the game before half-time when the ball fell to her in the heart of the Liverpool area, but the resulting strike was well saved by Siobhan Chamberlain.

Just after the break Liverpool Ladies made it three. Greenwood drilled a low cross in from the left and Sheffield defender Ellie Gilliatt sent the ball into her own net after pressure from the Liverpool attack.

Sophie Ingle then got onto the scoresheet shortly after the hour mark, the Wales international converting at the back stick following a lovely ball from Weir to make it 4-0 to the home side.

Bonner had a succession of headers cleared by the Sheffield defence as she looked to find the target on her landmark appearance.

The Reds stretched their lead to 5-0 in the last 10 minutes of the game, when substitute Ali Johnson dashed past the Sheffield backline to net her first goal for the club.

And, in the final moments, England made it six after latching onto a loose backpass before tucking the ball away. Like Johnson, it was her first for Liverpool Ladies and capped off a fine display by Rogers' side.