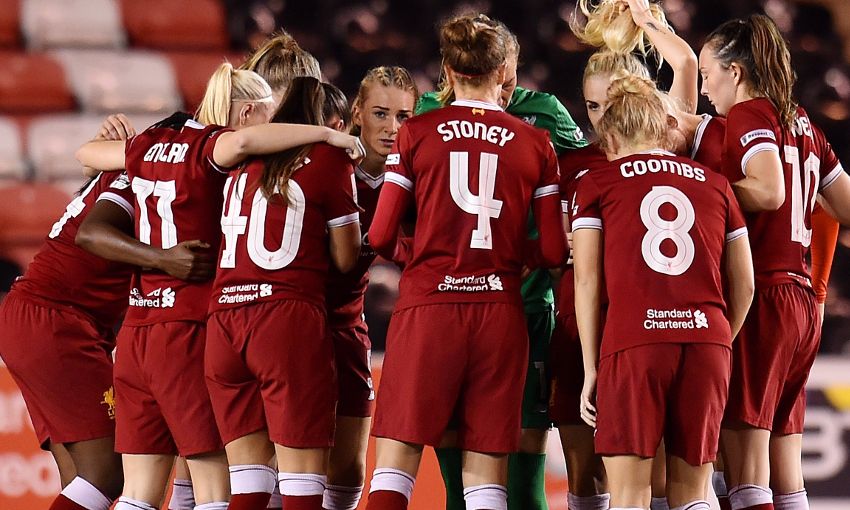 Liverpool Ladies were unfortunate to lose 1-0 at Women's Super League 1 leaders Chelsea on Saturday after producing a display full of promise.

Going into the game at the Kingsmeadow Stadium on the back of last week’s 3-0 home loss to Reading, boss Scott Rogers had demanded a response from his young side against the league leaders.

The last time Liverpool Ladies locked horns with Chelsea saw the Londoners inflict a 7-0 win over the Reds, but this time around Rogers can be proud of his team’s efforts.

Rogers was without Bethany England who couldn’t play against her parent club Chelsea so Kate Longhurst returned to the side.

Chelsea made a lively start to the proceedings and the only goal of the contest came in the 14th minute when Norway Women’s captain Maren Mjelde pounced to beat Siobhan Chamberlain.

Liverpool Ladies responded well. Sophie Ingle was a fraction away from converting a dangerous free-kick from Laura Coombs, while at the other end of the field skipper Gemma Bonner made a superb last-ditch tackle to deny Karen Carney.

The Reds were so unlucky not to level the scores in the final minute of the opening half when Alex Greenwood curled a brilliant free-kick just wide.

Rogers’ charges gave it everything they could in the second half but they just couldn’t find a way through a well organised Chelsea defence.

Reflecting on the narrow defeat, Rogers said: "We’re disappointed with the result, but I’m proud of them for that performance.

"We worked all week and part of the game plan was to take our opportunities when they came.

"We did have one or two opportunities and I felt we limited Chelsea to playing a lot in front of us.

"They’re always going to get moments because they’ve got world-class players, so overall it’s a good base to move forward from.

"The game-plan was almost there, if Jess [Clarke] had gone through one-on-one halfway through the second half it would have been 1-1.

"It was fine margins, they took their chance and we didn’t take ours when we got the opportunity, but I can’t fault the girls.

"Jess has run endlessly, it’s difficult on her own with the way we were playing and she did really well."

Liverpool Ladies are back in action on Wednesday night when they host Sheffield FC Ladies in the Continental Cup, at the Select Security Stadium in Widnes. Kick-off is at 7pm BST.