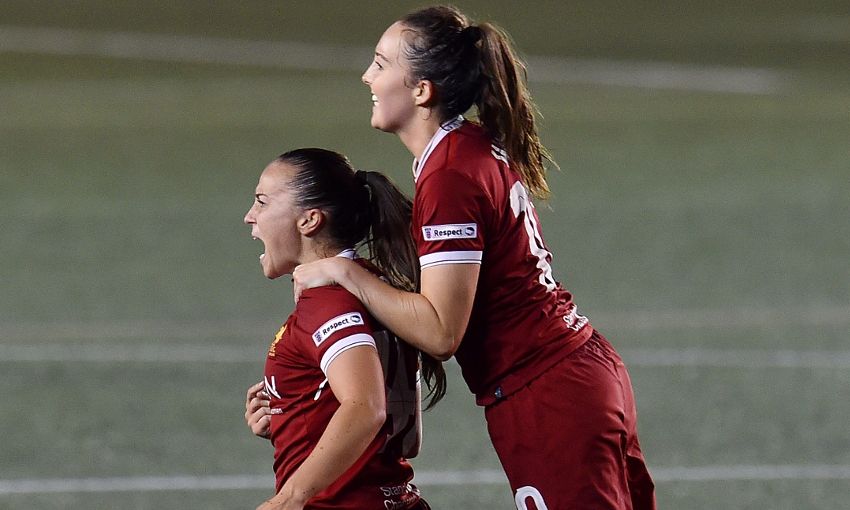 Liverpool Ladies made a winning start to the new Women's Super League season as they beat neighbours Everton 2-0 in their opening game on Friday night.

Scott Rogers' charges played some excellent football at times and second-half goals from Natasha Harding and Niamh Charles ensured it was a great evening for the red half of Merseyside.

Going into the game at the Select Security Stadium in Widnes, Rogers handed a debut to new loan signing Bethany England, while Satara Murray returned from injury at right-back.

Both sides had chances in a lively opening 45 minutes. Jess Clarke headed against the bar for the Reds following a delivery from Caroline Weir, while Laura Coombs fired a rasping drive inches past the post.

At the other end, England star Casey Stoney was on hand to deny the Blues with a goalline clearance.

Alex Greenwood was a real threat down the left flank for the Reds and it was no surprise she was involved in the opening goal on 69 minutes.

Greenwood's free-kick fell invitingly to Harding and the Wales international made no mistake from close range.

Substitute Charles then made certain of the victory in stoppage-time when she followed up an effort from Ashley Hodson to score.