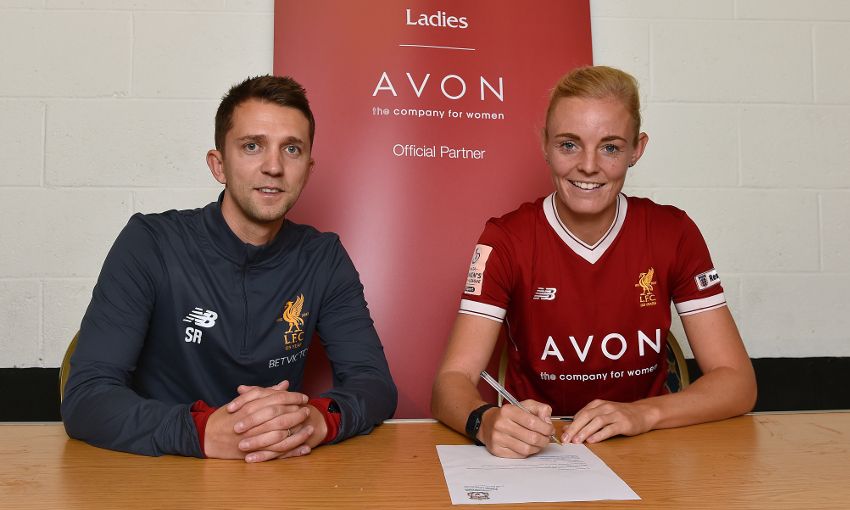 The 26-year-old has been a key player for the Reds since joining from Bristol Academy in 2015 and was voted Liverpool Ladies Players’ Player of the Year 2017.

The versatile midfielder, who can also play in defence, was named Wales Player of the Year 2016 last season following a great campaign for both club and country.

On signing a new deal, Ingle said: “I am thrilled to have agreed a new deal and can’t wait for our first game of the season. I have really enjoyed my time at Liverpool Ladies so far and have a big belief that we as a team can go on to win trophies.

“Our squad has massive potential so I am really excited for what the future brings at Liverpool Ladies.”

Reds manager Scott Rogers was delighted to agree an extension with Ingle, adding: “Sophie has proven since joining in 2015 what a fantastic player she is, so this is a really important deal for the club.

“Sophie is a key player for us who is incredibly calm and composed on the ball, so we are really pleased that she has agreed to stay at Liverpool Ladies.”