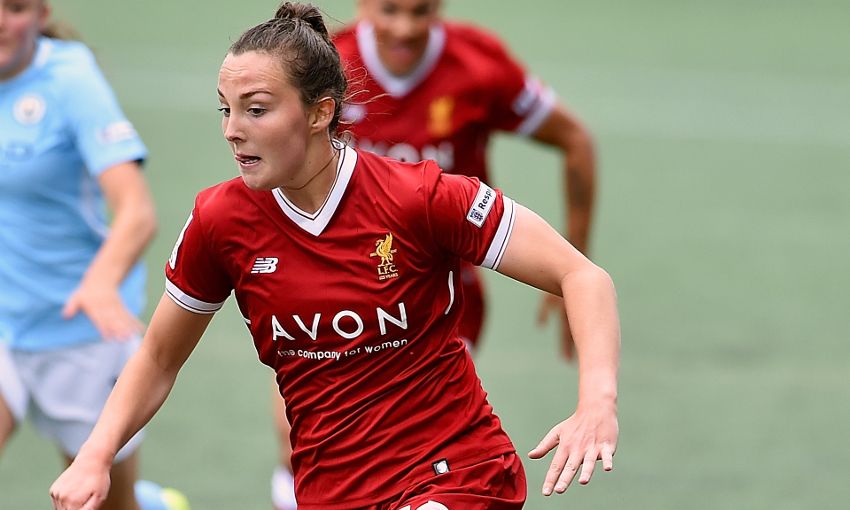 A quartet of Liverpool Ladies stars face off on Wednesday night as Scotland’s Caroline Weir comes up against Siobhan Chamberlain, Alex Greenwood and Casey Stoney of England in the UEFA Women’s European Championship.

Mark Sampson’s Lionesses begin the competition as one of the favourites for victory but face a tough opening game against the Scots, with as many as four Reds potentially on display in Utrecht.

Scotland, meanwhile, are taking part in their first ever major tournament, but Weir is confident that her country can acquit themselves well in the Netherlands.

She said: "It’s exciting and I can’t wait for the first game against England. It’s always going to be tough because it’s a top tournament with some great teams in it but we are hoping we can give a good account of ourselves.

"To play England in our first game will be a great occasion and it will be exciting to come up against my Liverpool teammates in Siobhan, Alex and Casey.

"From a Scotland point of view we won't look too far ahead. We are happy to be in the Euros and we want to show we deserve to be there and put in some good performances."

Trying to prevent Weir from causing havoc to the England defence will be Liverpool Ladies No.4 Stoney.

The experienced centre-back, who has over 100 caps for her country, simply can't wait for the opening fixture.

“It’s an exciting time for English women’s football because I really feel we can go to the Euros and do something special," she said.

"It’s always going to be difficult, especially when we play Scotland in our opening game because they don’t like us!

"That adds a little bit of spice to the game and we just need to make sure we take care of our preparation and get it right.

“I’ve had a few words with Caroline [Weir] and tried to get a few things out of her about Scotland but she is keeping quiet!

"I know she’s excited and she has been playing very well, so I’m hoping she dips her form in the summer and then comes back to her best form with Liverpool again."

Good luck to the England team at the Euros this summer. #Lionesses https://t.co/QTuXnWK9g5

Another Liverpool star made a fantastic start in the tournament when Shanice van de Sanden netted the only goal as host nation the Netherlands beat Germany 1-0 in their opening game.

"A dream came true today," said Van de Sanden. "I played in my home city; I was born two minutes from the stadium and my whole family was in the stands.

"This is the first game so we can enjoy it but we have to calm down and focus on the next game.

"My whole team played really well and it was nice to score the goal in this stadium. We win together but I like to steal the show. With all the people in the stands, everyone in orange, it was amazing.

"The King of Netherlands came to see us in the locker room after and said a few words. That was pretty cool."