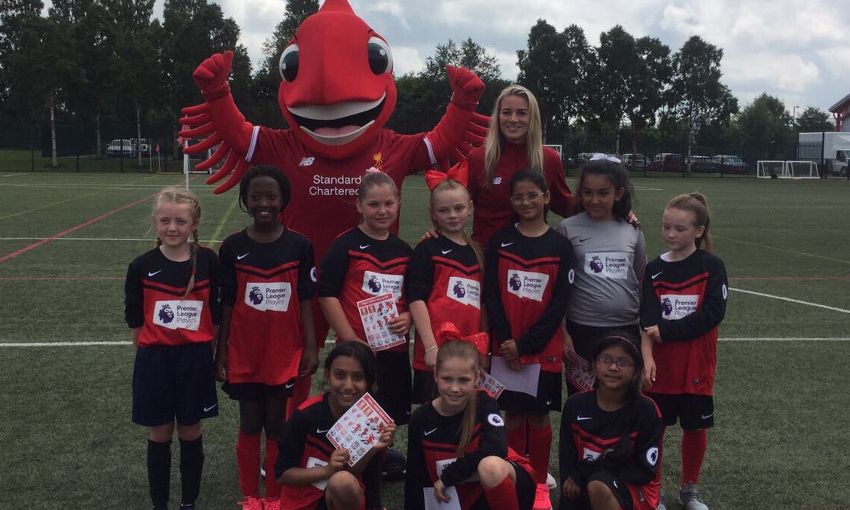 Liverpool FC's official charity, the LFC Foundation, this week held a tournament at the Academy for aspiring female footballers.

The Premier League Primary Stars programme was set up with one of the aims to encourage girls heading into secondary school to continue their participation in football.

Twelve schools signed up to the programme that consisted of six weeks of football training during lunch times at their school with the LFC Foundation providing them with football’s, cones, bibs and a six-week training plan.

Upon completing their training, Liverpool FC invited them down to their final session which was a tournament at the LFC Academy.

Liverpool Ladies FC club captain Gemma Bonner was on hand to present each player involved with a certificate each before participating in a question and answer session with the youngsters. 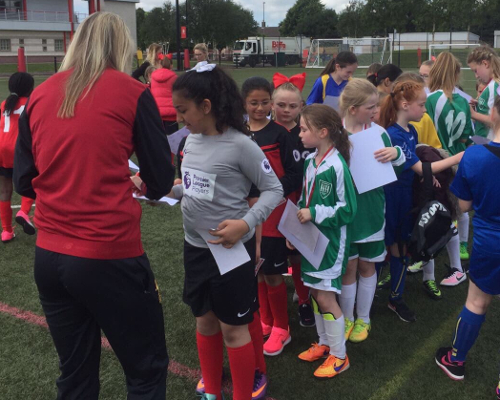 Club mascot Mighty Red was also in attendance to hand out prizes and to pose for photographs as the girls ended their training programme on a high.

Head of LFC Foundation, Andrea Cooper said: "The Premier League Primary Stars programme is a superb programme which the LFC Foundation is privileged to be associated with.

"To see so many females involved in football is brilliant with programmes such as this only helping to increase female participation rates.

“It was also fantastic to be able to welcome down Gemma Bonner who is a great ambassador and role model for not only the club but female football as a whole.”