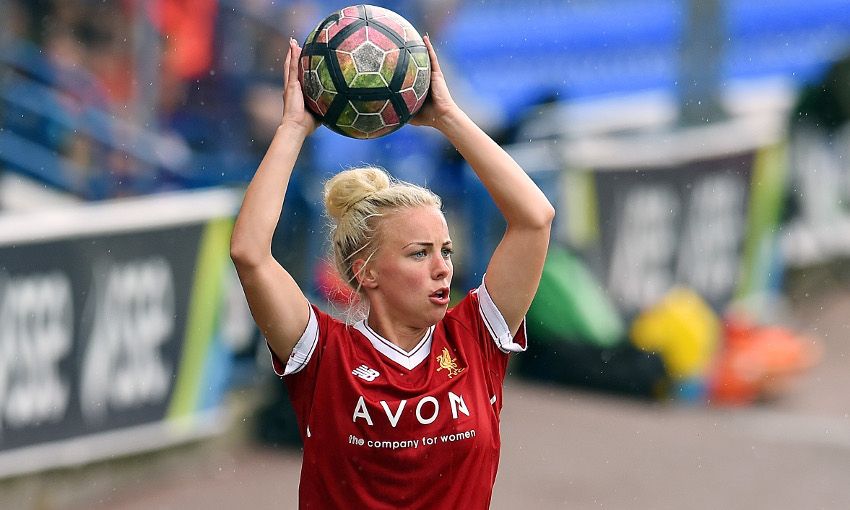 Scott Rogers’ charges gave a good account of themselves but City, who also won the Women’s FA Cup and Continental Cup this term, were more clinical in the final third as they ran out winners.

Rogers was without influential pairing Alex Greenwood and Casey Stoney in defence, and opted to start Niamh Charles at left-back in a reshuffled backline.

Despite those changes, the Reds started brightly and went close on five minutes when a rasping drive from Caroline Weir was kept out by Marie Hourihan.

The hosts' goalkeeper Siobhan Chamberlain then showed her quality on 13 minutes with a fine save at full stretch to keep out Georgia Stanway’s curled effort.

However, City took the lead on the half-hour mark when Toni Duggan’s corner delivery was nodded on by Jennifer Beattie, allowing Jill Scott to glance a header in from close range.

The visitors then doubled their lead in first-half stoppage time as Melissa Lawley found the net with a superb long-range curler, but Liverpool were in truth unfortunate to find themselves two down at the break.

The Reds started the second period in fine fettle and had good chances to reduce the deficit through both Laura Coombs and Caroline Weir.

Again, though, City punished their hosts' profligacy, making it 3-0 through Megan Campbell's left-footed free-kick just past the hour.

Liverpool's luck in front of goal was somewhat summed up when Jess Clarke sent a header inches wide after a superb free-kick delivery from Coombs shortly after the third.

But their persistence paid off as Weir grabbed a late consolation in stoppage time with a superb left-footed curler that went in off the post.