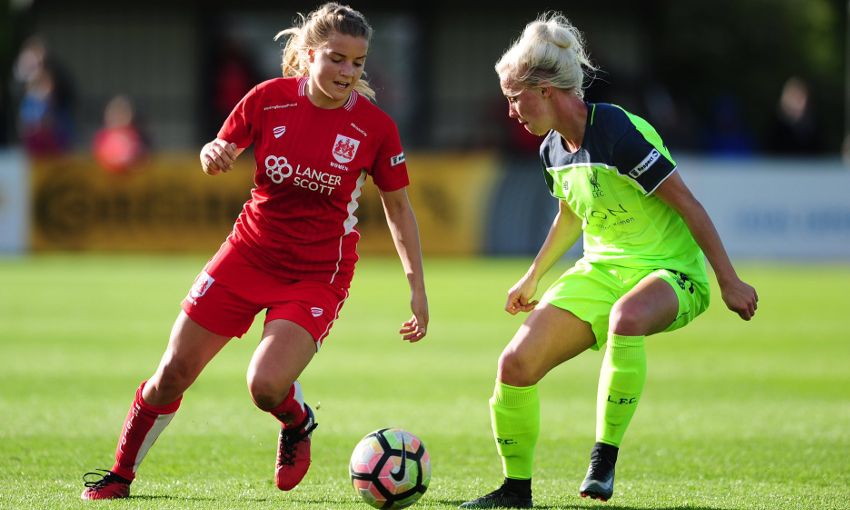 Report: Weir at the double as Ladies sink Black Cats

Liverpool Ladies extended their unbeaten start to the Spring Series to six games with a 1-1 draw at Bristol City Women on Saturday evening.

Scott Rogers’ side looked more threatening on the whole throughout the match and eventually took the lead thanks to a strike from substitute Katie Zelem.

But the advantage was short-lived and Bristol restored parity when Lilly Agg met a cross into the area from the left with a powerful header beyond Siobhan Chamberlain.

The first half had passed by with little in the way of genuine goalscoring opportunities, though Caroline Weir did work the goalkeeper early on with a long-range shot that appeared on course for the top corner.

There was greater action after the interval at Stoke Gifford Stadium, though, and Zelem was on target with a drive from almost 30 yards that the ‘keeper caught within moments of being introduced.

But she soon made no mistake from much closer range.

A brilliant, speedy dribble by Shanice van de Sanden on the right edge of the box created space to send the ball into the area – where Zelem pounced on a fortuitous bounce to clinically find the net with a low shot.

The Reds were denied a fifth win in six in the Spring Series, however, as Agg levelled with a well-placed header two minutes later.

Substitute Kate Longhurst was sent off late on for two bookings, and Gemma Bonner swept a great chance wide in stoppage-time after more industrious Van de Sanden work on the right.