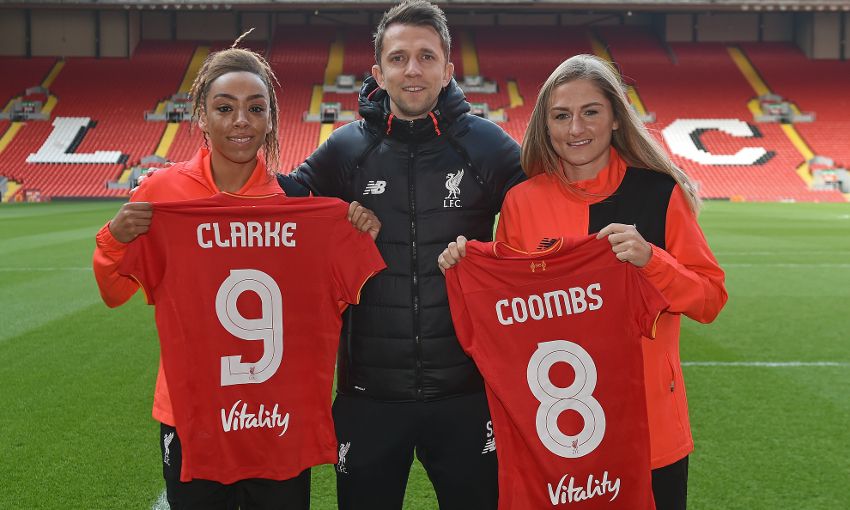 Clarke, 27, joins the Reds from Notts County Ladies to bolster the team’s attacking options ahead of the upcoming FA Women’s Spring Series.

Midfielder Coombs spent the 2016 season on a year’s loan with Scott Rogers’ side and has now returned to the club in a permanent move.

Clarke is a clinical striker who came through the youth setup at Leeds Carnegie Ladies before joining Notts County Ladies in 2010, spending the last six seasons with the Lady Magpies.

She said: “I am delighted to join Liverpool Ladies and I’m really looking forward to working alongside the players and Scott.

“There is already a great squad of players here and I am confident that we will have a successful Spring Series.”

Coombs said: “I am absolutely delighted to have re-joined Liverpool Ladies on a permanent deal. Last season I felt as though my game really developed playing regular football, so I am really excited about moving here permanently.

“I really enjoyed last season here so I cannot wait to join back up with the girls and for the Spring Series to start later this month.” 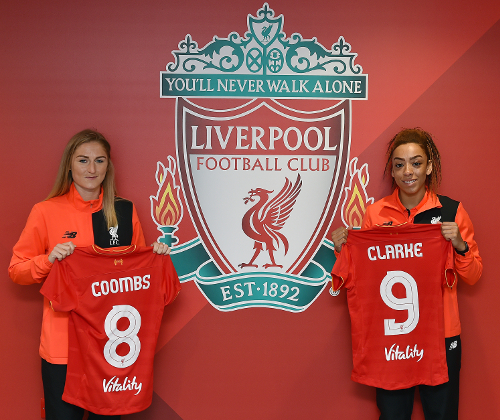 Ladies manager Rogers said: “These are both fantastic signings for the club. Jess will give us more options up front and I am confident that she can prove to be a really important addition to the squad.

“Jess is lightning quick, as well as being clinical in front of goal. She is also proven in the FAWSL, so I am delighted to have signed her ahead of the upcoming Spring Series.

“I am also really pleased that we have managed to re-sign Laura on a permanent deal. She played a key role for us last season, so we are delighted to welcome her back into our squad.

“Similarly to last season when we managed to sign Laura, a number of other clubs had a strong interest in signing her, so we are thrilled that she has chosen to commit her long-term future to us.”