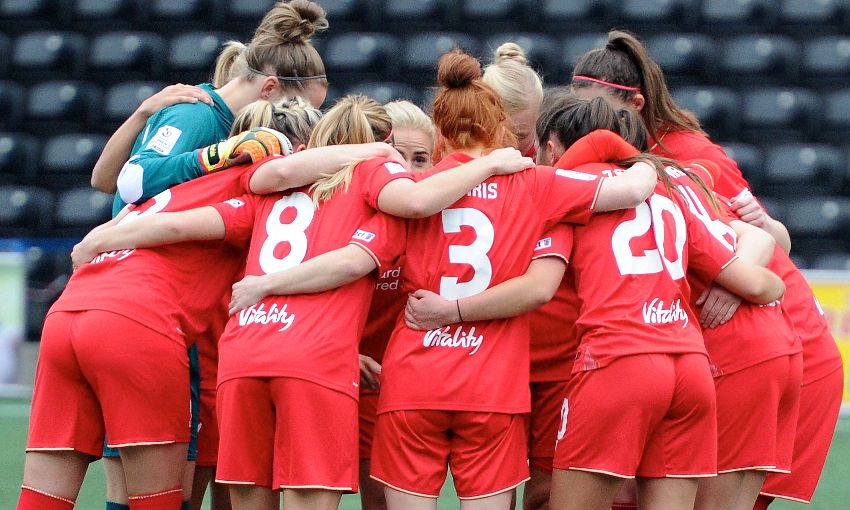 Liverpool Ladies will hope to keep their unbeaten run going when they travel to Birmingham in the Continental Cup quarter-finals on Sunday.

Following last week's 2-1 victory away to Arsenal Ladies, the Reds travel to the Midlands unbeaten in their previous seven games.

Despite the recent run of good form, Rogers is under no illusion as to how difficult Sunday's tie will be, with the Blues also enjoying an unbeaten run having gone 11 matches without defeat.

He said: "We are currently in a good run of form having played some fantastic football over the last seven games. However, Birmingham City Ladies are also enjoying a good spell of form with a superb home record, having lost just once at home this season.

"Despite having lost a couple of players in the mid-season break, they have strengthened with the likes of Ann Katrin-Berger and Andrine Hegerberg so we will have to play to our potential if we are to reach the semi-finals."

Reds midfielder Sophie Ingle believes winning the FA WSL Continental Tyres Cup would be just reward for how the club have coped with their season of transition.

Ingle was one of several new faces brought in during the close season by Rogers, himself enjoying a first campaign at the Liverpool helm after Matt Beard's departure.

After a slow start to 2016, the Reds have really found their feet in recent weeks and Ingle believes progress to October's final at Manchester City's academy stadium would be a major statement.

“This is a really important game for Liverpool, because we have a chance to go through to the semi-final and perhaps go on and win something,” said Ingle, an ever-present so far this term. 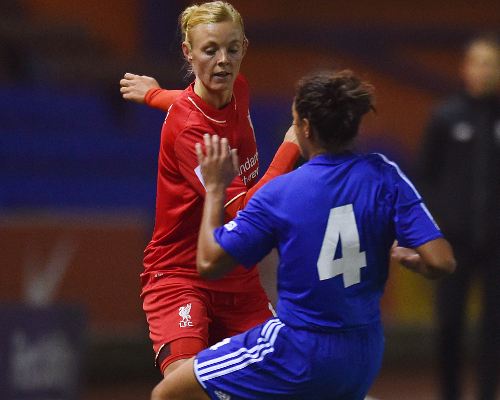 "We might have gone through a lot of changes this year, but we still set our expectations high as a team and we would love to win a trophy.

"Birmingham are going to be a tough team and we're expecting another exciting game.

“They haven't conceded many this season, but we have always got a goal in us, we don't struggle to score.

“It might not be a high-scoring game, but it will certainly be interesting.”

The two clubs met in the opening game of the season in March, Liverpool winning 1-0 on home turf thanks to winger Shanice van de Sanden's debut goal.

Birmingham have lost just once since then, though, and are above the Reds in the WSL 1 table.

This fixture kicks off a run of three successive home matches and defender Kerys Harrop, the club's longest-serving player, believes the home faithful can give Birmingham the edge.

“Being at home is a big advantage, but it's always a tough game against Liverpool.

“It's a cup game so it will be a battle, but we're sure if we can stick to our game plan we can get a good result and progress to the semi-finals.

“We'll have to do some work on keeping possession because we didn't do that very well in our last match against Doncaster.”

These two sides last met in the opening fixture of the league campaign, with the Reds securing a 1-0 win courtesy of Van De Sanden's first goal for the club. 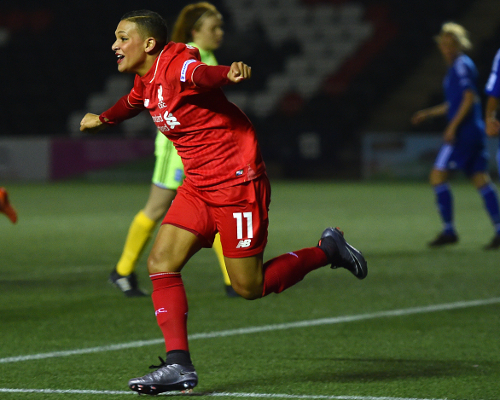 Liverpool had almost gone behind in the fourth minute as Birmingham were awarded a penalty due to a handball on the edge of the area, yet Siobhan Chamberlain dived impressively to keep Kirsty Linnett's spot-kick out.

Van De Sanden was the catalyst for much of the attacking play on the evening, putting both Emma Lundh and Natasha Harding through on separate occasions only for them to be denied by Blues goalkeeper Sophie Baggaley.

With 20 minutes to play, Birmingham were handed a second penalty and a red card was issued to Mandy van den Berg for the alleged foul.

This time Freda Ayisi stepped up but sent her effort wide, while following an appeal Van den Berg's red card was rescinded.