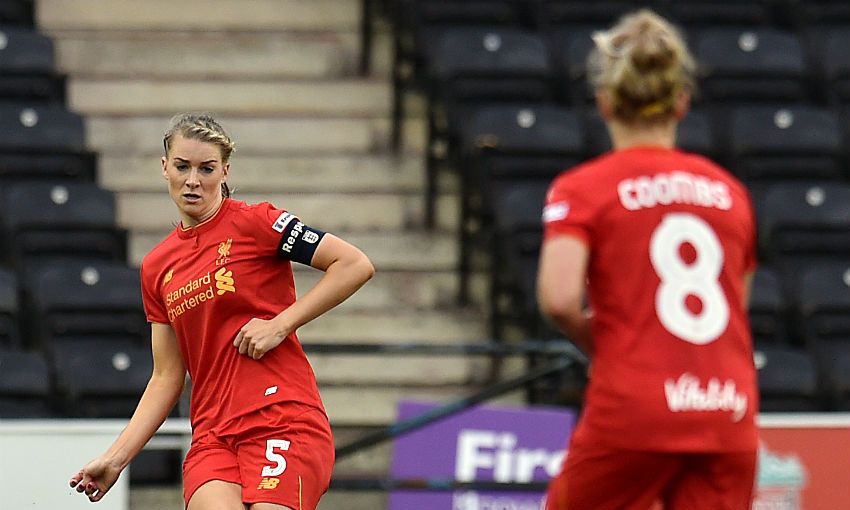 The initiative is designed to equip girls with financial education and life skills so that they can play active leadership roles in their families, communities and economies.

Pairing up with stars from the LFC Ladies team, the programme invites women to share positive statements about the barriers or gender stereotypes associated with females who play football.

Reds players Gemma Bonner, Martha Harris and Kate Longhurst have spoken out about their experiences of being positive role models for females who aspire to be professional sportswomen.

Bonner, the Ladies captain, said: “When I began to play football as a youngster there was a stereotype that females shouldn’t play football but that is not the case anymore. Females are now able to become professional footballers and make a living out of being a female sportswoman.

“People’s perceptions of the women’s game have changed dramatically over the last 10 years with the backing and support of programmes such as Standard Chartered’s Goal programme.”

LFC Ladies Player of the Year 2016, Martha Harris, added: “The primary school that I attended didn’t have a female football team and it was just boys that were able to play.

“That isn’t the case these days with most schools across the country having female football teams, which shows how much the game has developed and improved since I became involved in football.”

Payal Dalal, head of global community programmes at Standard Chartered, said: “We are delighted to have Liverpool Ladies FC as partners - they are true role models and prove girls can achieve anything with hard work and determination.”