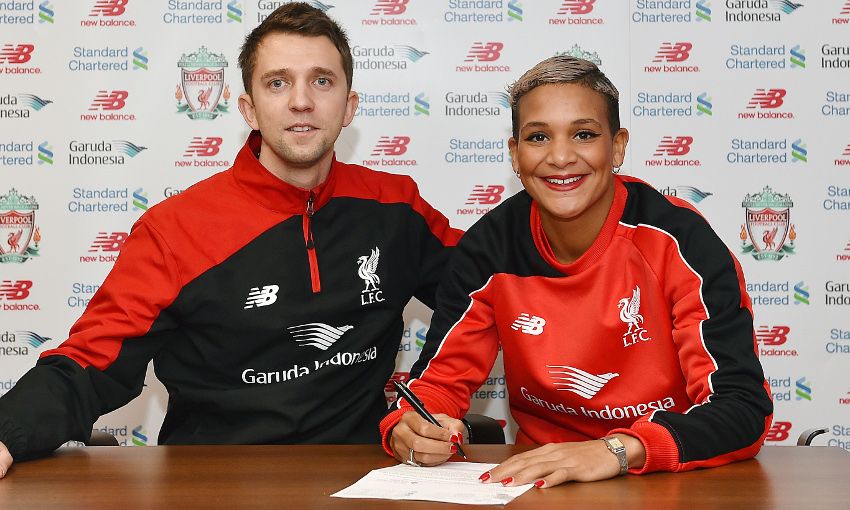 The 23-year-old moves to the Reds to bolster their attacking options ahead of the upcoming FA Women’s Super League.

Van De Sanden is an explosive striker who joins Liverpool from FC Twente, having previously come through the youth setup at Utrecht. She has also represented Heerenveen.

On completing the switch to Merseyside, she said: “This is a great move for me and I cannot wait to play in the FA Women’s Super League. The league is among the best in Europe and I am really excited to be competing against such top-quality players.

“I am delighted to join Liverpool Ladies and I am really looking forward to working alongside the players and manager.”

Liverpool Ladies boss, Scott Rogers, added: “This is another great signing for the club. Shanice will give us more options up front and I am confident that she can prove to be another important addition to the squad.

“Shanice is a hard working striker who will add goals to the team and I am delighted to have signed her ahead of the 2016 season.”