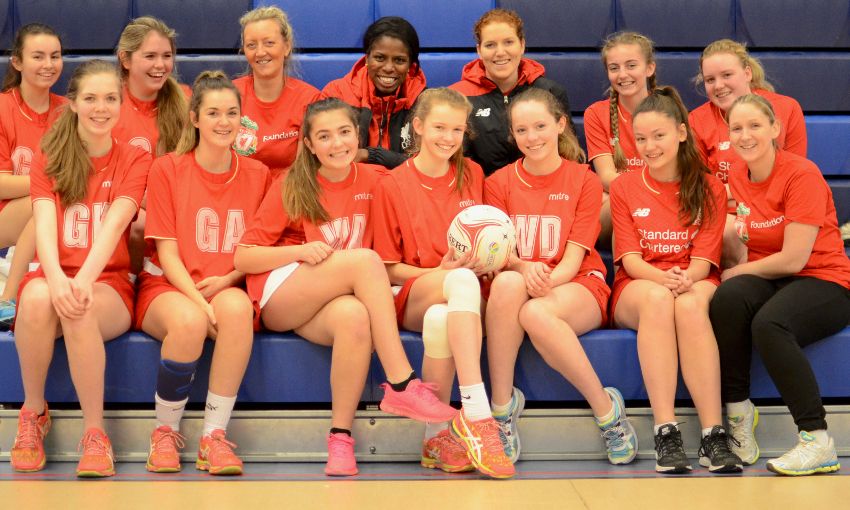 Liverpool FC Foundation hosted an U16s netball tournament on Wednesday as part of the Premier League 4 Sport programme to celebrate the England versus Australia netball game at the Liverpool Echo Arena that evening.

The Premier League 4 Sport programme has engaged 83,541 young people since it began in 2009 with the aim to provide chances for young people to take part in sport outside school hours as well as to increase the diversity of sport.

This year 1,806 young people are currently playing netball in 58 weekly satellite sessions delivered through 20 football clubs. Netball participation continues to grow with a 37 per cent increase this year in comparison to last year.

The tournament featured 10 teams from football clubs across the country with the Liverpool FC Foundation team finishing in fourth place with the Albion Foundation (West Bromwich Albion) taking the title.

The winning team was presented with their trophy during half time of the Vitality Netball International Series between England and Australia at the Liverpool Echo Arena.

Liverpool Ladies duo Danielle Gibbons and Satara Murray were also in attendance at the Toxteth FireFit HUB to join in with the activities and to offer some encouragement to those participating.

Gibbons said: "It is brilliant for myself and Satara (Murray) to be able to support the Premier League 4 Sport programme and to have a go at playing netball. I used to play when I was younger in school so it brought back some great memories. "

Murray said: "It’s fantastic to see girls taking part in sport and physical activity and really enjoying themselves. I have never played netball before - this is my first time attending a game."

Andrea Cooper, head of Liverpool FC Foundation, added: "The Premier League 4 Sport programme is an outstanding programme which enables young people to participate in a whole host of different sports such as netball and volleyball."