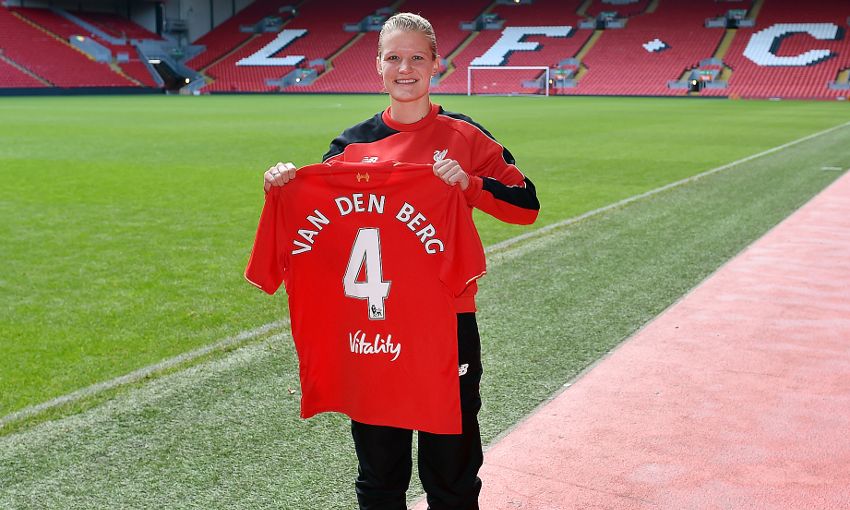 The Reds have secured the signature of the highly-rated 25-year-old defender from Lillestrom SK after they won the Toppserien league title and Norwegian National Cup double last season.

Van Den Berg, a cultured centre-back, captained Netherlands at the 2015 FIFA Women’s World Cup in Canada as the Dutch exited the competition at the last 16 stage.

On making the move to England, she said: “Once I heard of Liverpool Ladies’ interest there was only one place I wanted to move to. It is a massive club with real ambitions for the 2016 season and I cannot wait to get started.

“Moving to England is a really exciting opportunity for me and I am really looking forward to playing in front of the passionate Liverpool Ladies supporters.”

Ladies manager Scott Rogers said: “I am delighted to have signed Mandy, who I believe will be a key player for us this season. Mandy has proven for Netherlands what a top-class defender she is and I am looking forward to working alongside her.

“The fact that Mandy has over sixty caps for Netherlands and is the current captain highlights what a quality player she is. Having watched her performances in the FIFA Women’s World Cup, I have no doubt that she will be a big signing for us.”