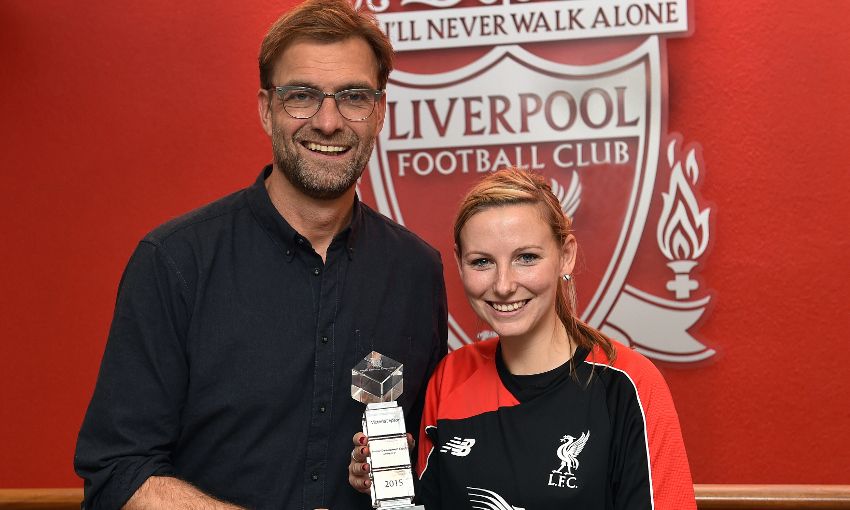 Liverpool Football Club employee Vicky Jepson has been named the FA Female Development Coach of the Year for 2015.

Vicky, who has a number of roles with the LFC Foundation and Liverpool Ladies FC, has been recognised for her tireless work in promoting, supporting and delivering football to women and girls at all levels of the game.

In addition, she is also a coach educator and often gives her time freely to mentor young female coaches and referees beginning their career in football in order to help develop women’s football.

An example of Vicky’s fine work was the #WeCanPlay campaign, which was launched this year in partnership with Cheshire and Liverpool County FAs.

To help the initiative, Vicky assisted with setting up a tournament for local grassroots teams at the Select Security Stadium before a Liverpool Ladies FC WSL fixture. Following the conclusion of the tournament, players then had the opportunity to be ball girls and/or player chaperones which also helped to benefit attendances for Liverpool Ladies in the WSL.