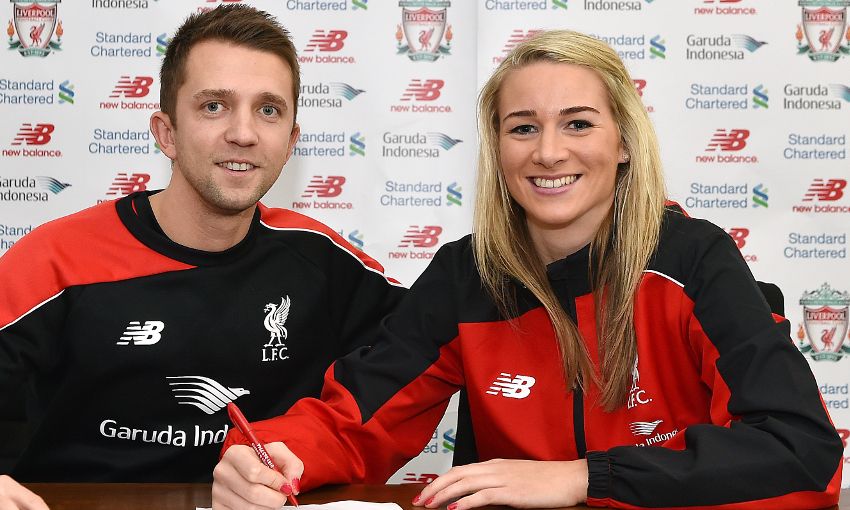 Liverpool Ladies can confirm that captain Gemma Bonner has signed a new contract with the club.

Bonner joined the Reds from Chelsea Ladies in 2012 and helped the team to win back-to-back Women’s Super League titles in 2013 and 2014.

On signing her contract extension, Bonner said: "I am delighted to have agreed a new contract with Liverpool Ladies.

"Since joining the club we have had a really successful few years and I am confident that we can challenge for trophies once again next season.

"Although last season wasn’t as successful as we would have hoped for, I am confident that once we bring in some new additions to our squad, we will be back challenging for honours."

Ladies manager Scott Rogers spoke of his delight at securing the future of the club captain, commenting: "This is a crucial deal for the club. Gemma has been an invaluable member of the team over the last few seasons and is a real leader for Liverpool Ladies.

"I know that there was a number of teams interested in signing Gemma so I am thrilled that she has decided that her future lies with us.

"Gemma is without doubt one of the best central defenders in the country and I am confident that she will get back into the England squad once she has recovered from her injury next year."