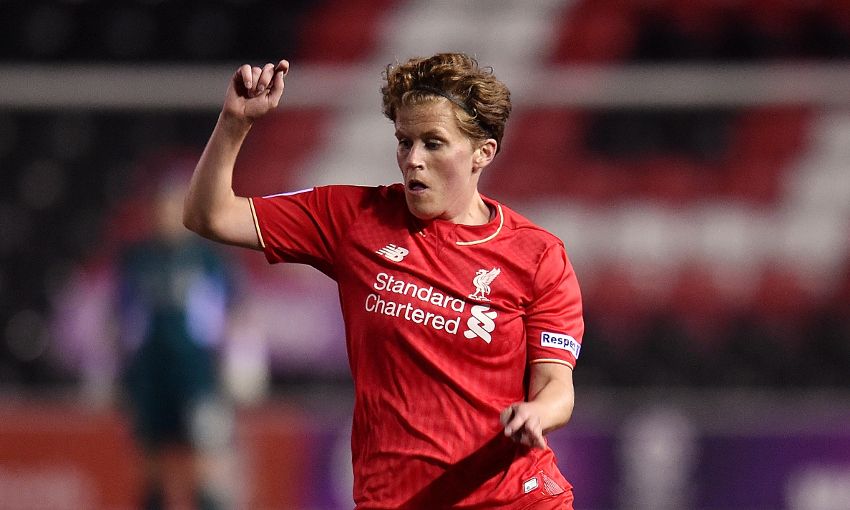 Liverpool Ladies Football Club can today confirm that Becky Easton, Katrin Omarsdottir, Ingrid Ryland and Line Smorsgard will be leaving the club following the expiration of their contracts.

Fans favourite Easton previously played for Liverpool Ladies from 1994 to 1997 and rejoined the Reds in 2012 following spells with Everton Ladies and Doncaster Rovers Belles.

Easton was named as Liverpool Ladies Supporters’ Player of the Year for the 2014 season after an outstanding campaign at the heart of defence.

Iceland international Omarsdottir joined Liverpool Ladies at the start of the 2013 season from Swedish outfit Kristianstads DFF, and played a key role in helping the club win their first ever WSL title, scoring the second goal in a crucial 2-0 victory over Bristol Academy.

Full-back Ryland moved to Merseyside from Norwegian Toppserien side Arna-Bjornar, while striker Smorsgard joined the Reds from Klepp IL in January 2015 and scored the winning goal in last season’s FAWSL clash with Manchester City Women.

Everyone at Liverpool Ladies would like to thank Becky, Katrin, Ingrid and Line for their fantastic contribution over the last few seasons and wish them the best of luck for the future.