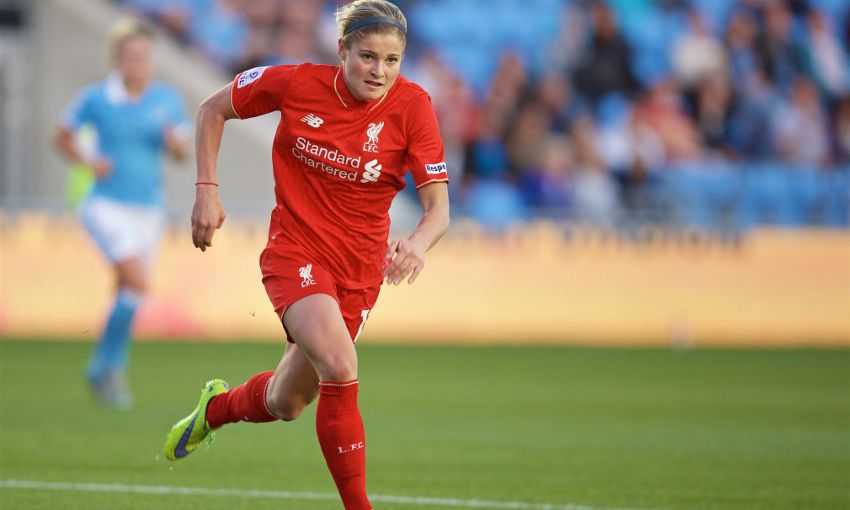 Liverpool Ladies suffered a 2-0 defeat away at title-chasing Manchester City on Thursday evening.

It was a case of déjà vu for Matt Beard’s team, coming just 11 days on from a reversal by the same scoreline against City at the same venue in cup competition.

The home side, who are trying to reach and overcome Chelsea Ladies in the race for the championship, set about their task with gusto at the Academy Stadium.

Natasha Harding, twice, and Christiansen forced further saves from Stout and the increasing pressure ultimately told in the final moments of the first half.

The supporting Lucy Bronze picked out Christiansen with a pull-back and the latter took the opportunity instantly to find the far corner and break the deadlock.

After the interval, more impressive reactions by the Ladies ‘keeper cleared away a free-kick from the goalscorer, and Harding was thwarted brilliantly too.

But City did double the advantage when a Georgia Stanway delivery into the six-yard box allowed Harding to convert at the near post for 2-0.

Substitute Katie Zelem created a half-chance for Rosie White to reduce the Reds’ deficit late on, but her strike was held by home goalkeeper Karen Bardsley.

The final whistle soon confirmed the result and Beard’s side will now hope to bounce back when they meet Bristol Academy in the Continental Tyres Cup this weekend.