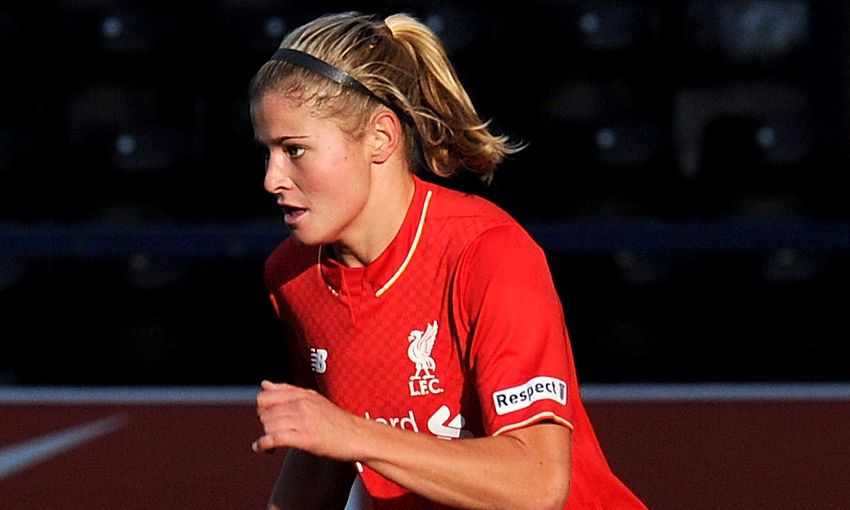 Liverpool Ladies face Manchester City in the Women's Super League on Thursday night with manager Matt Beard in buoyant mood that the Reds can travel to the Academy Stadium with nothing to lose.

Having lost to Arsenal Ladies at the weekend, Beard believes that the visitors can play with no pressure as City challenge for the title.

Beard said: “We know it will be another really difficult game as Manchester City are a quality side but we can travel there with no pressure.

“Despite the fact that they beat us a couple of weeks back, that was very much a different side as we made numerous changes to provide the younger players with some minutes on the pitch.”

Beard’s charges face a Continental Cup quarter-final date away at Bristol Academy on Sunday, and Liverpool Ladies goalkeeper Libby Stout is determined to finish the season on a high.

She said: "We played well against Manchester City last time out, it was only two mistakes that led to the goals and ended up costing us, but we’ve done quite well in the past month or so and got some decent results.

“We want to win as many games as we can between now and the end of the season, it doesn’t matter whether it’s the cup or the league, we want to build that consistency and put ourselves in a good position.”

It has been quite a few months for Manchester City’s Isobel Christiansen and the in-form midfielder admits an England call-up is the icing on the cake.

The 23-year-old has been selected by Three Lionesses boss Mark Sampson – along with six of her City teammates – ahead of the upcoming Women's European Championship qualifier against Estonia.

Having scored three times in five Continental Tyres Cup games, as well as helping Manchester City storm back into the FA WSL 1 title race, Christiansen is in the form of her life at the Academy Stadium.

Indeed, the last time Manchester City lost a game was in early May in the Women’s FA Cup semi-finals against Chelsea.

Christiansen is keen to keep building on her form for Nick Cushing’s side – starting with Thursday’s clash against reigning champions Liverpool.

“I’m absolutely thrilled. My hard work at club level is starting to pay off. I’m really pleased to be part of the [England] squad and I can’t wait to meet up with them,” said Christiansen, who has featured 12 times for England U23s but is uncapped at senior level.

“It’s something I was hoping for – and I’ve been working towards it – but my main aim was working hard for my club. I knew, if I could do that, I’d put myself on the radar and I’m delighted Mark [Sampson] has noticed me.

“Firstly, I got an email so I had time to compose myself before Mark called me. I was just so happy – I’m not going to lie, I started to cry a little bit!

“He said my performances since the World Cup have been good. He had spoken to me after the game against Arsenal and said he was pleased with my performance and that it was clear I’d been working hard.”

If City beat Liverpool they will extend their unbeaten run in all competitions to a remarkable 13 games and also move just two points behind leaders Chelsea in the table.

The last time the two sides met was in the Continental Tyres Cup towards the end of last month as goals from Toni Duggan and Christiansen wrapped up top spot in Group 3.

After Satara Murray was alleged to have fouled Nikita Parris in the box, ex-Everton striker Duggan fired past Stout to give the Blues a lead.

With the visitors searching for an equaliser, Manchester City Women capitalised on some hesitancy in the Reds defence as Christiansen won a 50-50 challenge with Stout before nodding into the empty net.