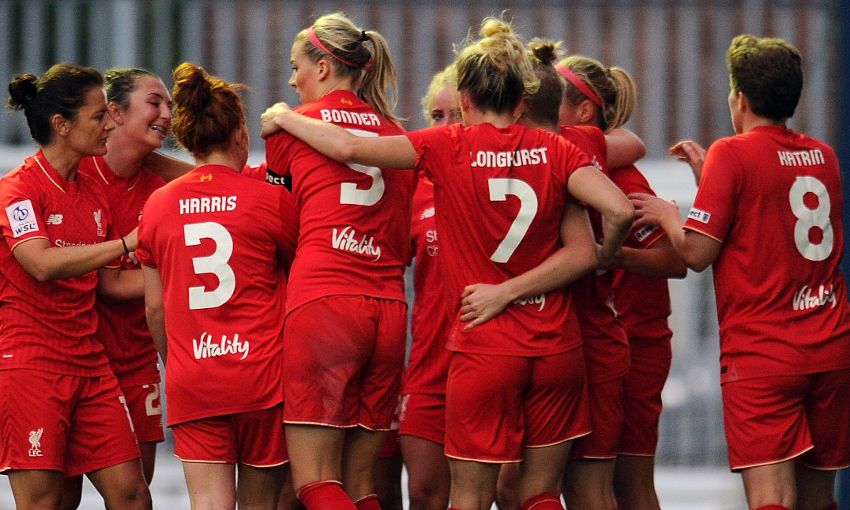 Matt Beard’s side go into Saturday’s game with Arsenal - who share the same agenda - 10 points behind pace-setters Chelsea with four games left to play.

Yet a top-two finish will ensure they earn qualification to the Champions League for the 2016-17 season.

Kick-off at the Select Security Stadium in Widnes is at 5.30pm BST and admission is just £5 for adults and £2.50 concessions.

Liverpool Ladies are set to begin this season’s European adventure next month against Italian side Brescia, but Stout is determined to hammer home the message to her teammates and ensure their domestic season ends strongly.

“We could still finish second or third, you never know, and that Champions League place is something to aim for,” said Stout.

“I enjoyed the Champions League last year, it’s got a different feel about it when you’re playing teams from different countries. 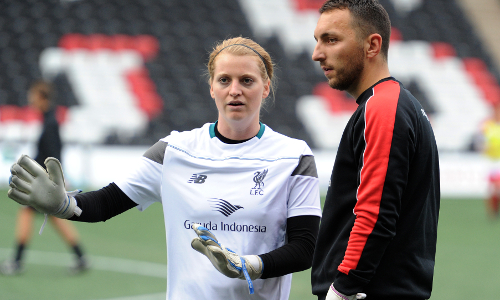 “I’m looking forward to travelling to Italy to play Brescia in October, but we need to keep our focus on matters closer to home.

“Arsenal will be a tough game, we know how good of a side they are and it will need a good performance from us to get a result.”

Though Liverpool will be missing defender Becky Easton, who broke her arm in last weekend’s defeat to Manchester City, Arsenal striker Danielle Carter knows her team are in for a tough evening.

A home defeat to the Reds following the resumption of the season following the World Cup and defeats in both of their last two Women’s Super League games, leaves the Gunners title hopes in tatters.

With three matches left to play they have fallen to fourth in the league table and are five points behind Arsenal.

Carter believes her team’s inconsistent form reflects the topsy-turvy nature of the WSL 1 title race, but wants a return to winning ways.

“Liverpool have got home advantage and they are coming into a bit more form now, but we know what can do if we deliver our best,” she said.

“We’re just preparing as well as we can.

“It will be a difficult game against the current champions and, as it’s been shown, the league is so tough, as a team like them are not doing as well as they’d have liked this year.

“Certain results haven’t gone our way and we haven’t performed the way we should do.

“Everyone’s improved and the title race is so competitive.

“We just haven’t been consistent, but we’re still optimistic that we can reach the top two, even though we have to depend on certain results.”

The last time the two sides met was in July as both sides resumed their Women's Super League campaign after the FIFA Women's World Cup.

England star Fara Williams scored a 30-yard stunner to give the visitors the lead before Becky Easton bundled in a second from a Williams corner.

After Natalia's neat chip gave Arsenal hope, Asisat Oshoala latched on to a long ball from Natasha Dowie over the Gunners back line to lob Emma Byrne and seal the three points for Matt Beard's side.