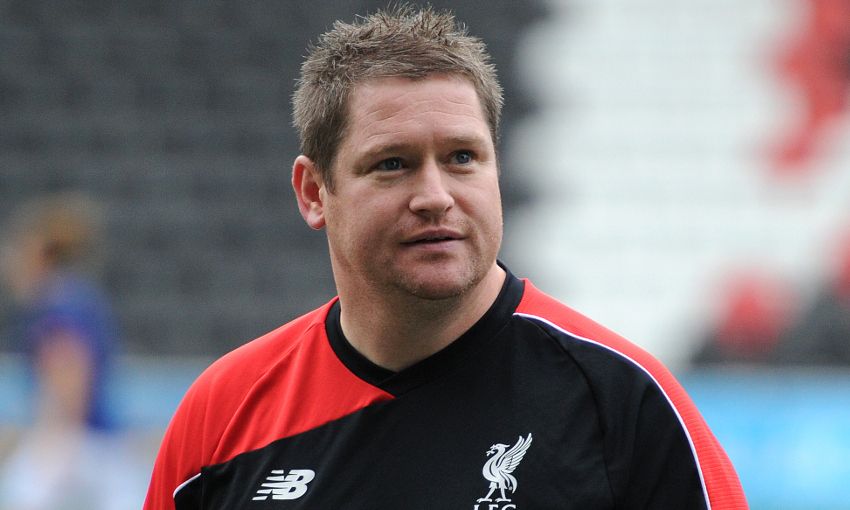 Liverpool Ladies missed out on the chance to top their Continental Cup group as they suffered a 2-0 defeat to Manchester City Women on Saturday.

Both teams came into the fixture with their place in the quarter-finals already assured, having won all four of their cup games thus far.

But it was City who claimed top spot with another victory at the Academy Stadium as Toni Duggan and Isobel Christiansen grabbed the goals.

Matt Beard made four changes to the side that had secured a place in the knockout stages courtesy of a 2-0 victory against Sunderland.

But those tactical tweaks did not appear to have stunted the Reds' fluency early on, as a Natasha Dowie-won corner resulted in the striker firing just wide of goal.

Unfortunately, City did not spend long on the back foot, with a Steph Houghton header on goal sending a warning out to the visitors.

And, with 18 minutes on the clock, the Blues found themselves ahead.

Satara Murray was penalised for a foul on Nikita Parris in the box, leaving former Evertonian Duggan to put the hosts in front from the spot.

A succession of corners followed as City ramped up the pressure in search of a second, but it was the Reds who would go closest next.

Hannah Dale saw her shot at goal deflected just wide of the post before a Dowie effort was impressively blocked as Liverpool pushed for a way back.

But an entertaining contest was soon stopped in its tracks as both teams lost players to injury, with Lucy Bronze and Becky Easton forced to make way for Abbie McManus and Katrin Omarsdottir respectively.

Both goalkeepers were barely troubled before the break as Liverpool went in 1-0 down, but their cause was somewhat boosted by the withdrawal of the dangerous Duggan early in the second period due to injury.

The Ladies believed they had a good claim to a penalty in the immediate aftermath of that substitution when Maz Pacheco's cross appeared to hit the arm of McManus.

But the referee remained unmoved, much to Pacheco's dismay, and that disappointment was soon compounded.

A mix-up at the back resulted in Christiansen pinching possession, and she made no mistake in slotting home to make it 2-0 to the hosts.

The 23-year-old could have doubled her tally 10 minutes from time but failed to control a Jill Scott pull-back and sent the ball over the bar.