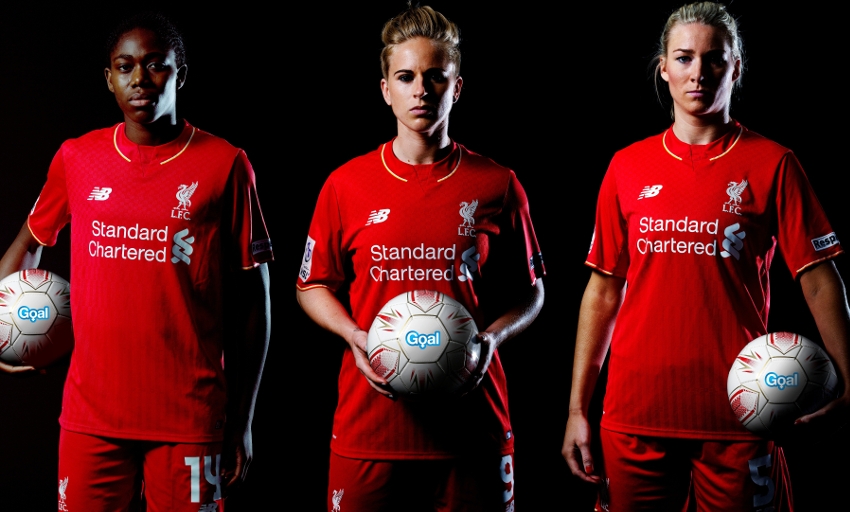 Standard Chartered Bank has teamed up with Liverpool Ladies FC to launch the #ThisGirlsGoal campaign, which is designed to create and facilitate a conversation about the challenges faced by adolescent girls around the world.

It aims to identify existing negative stereotypes and smash them, replacing them with empowering and inspirational messages instead.

As a leader in girls’ education globally through its award-winning Goal programme, and with a presence in many markets where gender inequality is high, Standard Chartered is well placed to moderate a dialogue about the harmful stereotypes that girls have to fight on a daily basis.

Payal Dalal, head of education and girls programmes at Standard Chartered Bank, said: “Around the world, girls aren’t given the opportunities they deserve: they are denied education, employment and equality. We want to refute the detrimental socio-cultural norms that oppress girls globally.

“And after the amazing performances we saw at the FIFA Women’s World Cup in Canada, what better way to highlight these issues than with the powerful and inspirational Liverpool Ladies players? We hope that by working together we can help to give a voice to girls around the world, and shatter those negative stereotypes.”

Fellow Liverpool Ladies star Fara Williams, who recently represented England at the Women’s World Cup, is also involved in the campaign, and echoed her support: “After many years of being involved in what is considered to be a male-dominated sport, it is a real privilege to be involved in Standard Chartered’s #ThisGirlsGoal campaign, which promotes equality for women.”

You can watch the #ThisGirlsGoal launch video starring the Liverpool Ladies players on Standard Chartered’s YouTube channel here. Find out more about how sport is increasingly a powerful economic and social tool for girls and women from Payal Dalal’s blog on BeyondBorders.