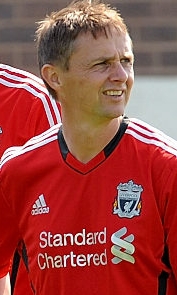 Kenny Dalglish may have ruined Kevin Keen's West Ham debut with a brace of goals 25 years ago - but our new first team coach is now eyeing a successful future working alongside the Liverpool manager.

It was back in September 1986 when Keen appeared in a Hammers' shirt for the first time - and felt the full force of a rampant Reds performance as Liverpool ran out 5-2 winners.

Dalglish started on the substitute's bench on that afternoon at Upton Park, but after entering the action as a replacement for Alan Hansen he netted twice in the rout to help secure all three points.

"It's already been mentioned," joked Keen after completing his first training session at Melwood.

"I was a sub that day and we lost 5-2. I think Kenny was a sub as well but he scored a couple of goals. It wasn't often that West Ham beat Liverpool!"

Click the image below to watch our chat with Keen 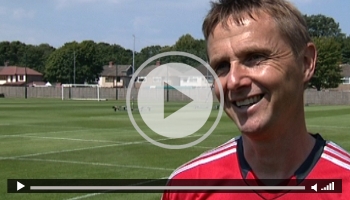 Keen was yesterday confirmed as Liverpool's new first team coach on a three-year deal and this morning teamed up with Kenny Dalglish, Steve Clarke and the rest of the backroom team to put the players through their paces for the first time this summer.

"I feel really privileged, proud and honoured to be here and to be part of such a fantastic club," he told Liverpoolfc.tv.

"I grew up in the 70s and 80s, during the glory times for Liverpool when they were winning European Cups and winning the league every year. They are memories from my childhood.

"In my eyes Liverpool are one of the greatest clubs in the world so I am really quite humbled to be here.

"To come here and be a part of what Kenny, Steve Clarke, Damien and the owners are looking to do in taking the club forward is very exciting.

"I know Steve very well from my West Ham days and learnt a lot from him when he was assistant manager to Gianfranco Zola. He's very meticulous with his planning, he's a fantastic coach and a really nice person to work with."

With his first day in his new job now behind him, Keen is now looking forward to the future and to helping the Reds land silverware.

"I want to come in here and to contribute to us winning trophies for the supporters," he added. "We've a lot of work to do between now and the first match of the season against Sunderland but for me, this is where I want to be. I want to be out training and to help players improve, whether they're 16, 17 or 18 or whether they're 33. I want to get the best out of everyone."

Click the image below to watch our exclusive footage from Melwood 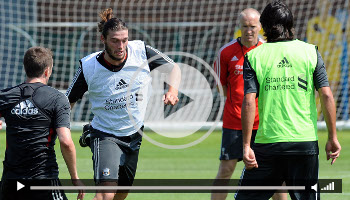