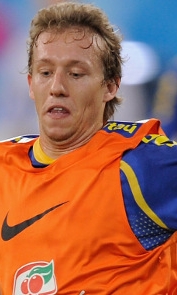 Lucas Leiva admits Brazil need to improve if they are to become South American champions for the ninth time.

Mano Menezes's side opened their Copa America campaign with a 0-0 against unfancied Venezuela on Sunday.

Lucas thinks he and his countrymen controlled the match but knows they must step up when they resume their campaign against Paraguay on Saturday.

"We had control of the match for the most part, we did not let them create a lot of chances," Lucas told reporters.

"We had the ball that the defender cleared off the line and Pato's shot against the post. In the second half, we committed more mistakes.

"Now, we have to keep on working in the next matches to play with ball possession and create more chances."