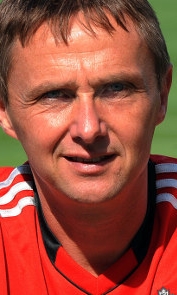 Liverpool FC announced today that Kevin Keen is to join the Club as first team coach.

Keen has signed a three-year deal and will join up with his new colleagues on Monday when the Liverpool squad report back to Melwood for the start of pre-season training.

Keen made over 600 appearances in spells with West Ham, Wolves, Stoke City, Macclesfield and Wycombe.

He was previously first team coach at Upton Park and has acted as caretaker manager for the Hammers on three separate occasions.

Manager Kenny Dalglish said: "I'm delighted that Kevin is joining us to work alongside Steve Clarke coaching the first team squad. He has previously worked with Steve at West Ham and has a good reputation and a good manner about him.

"He is highly respected in the game and will be a great addition to our technical staff."