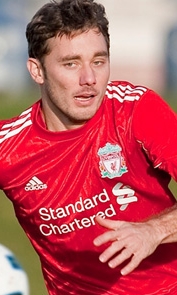 Relive the 80s on LFC TV

Since taking over the Canarinho's last year, Mano Menezes has been eager to blood exciting youngsters as he plans for the World Cup finals in Brazil in three years time.

With no qualifying matches to contest for the 2014 finals, Aurelio feels the Copa America has taken on added significance - and he's looking forward to seeing how they fare in Argentina.

He told LFC Weekly: "I think the Copa America is viewed like the Euros here. It is very important for all the national teams but especially for Brazil as we won't have any qualifying games for the next World Cup because we are hosts.

Aurelio added: "This is a new project now. Most of the players are very young but very talented as well. It promises to be a great side for the next World Cup so I think this is why we are also expecting good results from the forthcoming Copa America because it will be the first big test for this new generation for Brazil.

"They have plenty of quality players and some of them already played for Brazil in the last World Cup. I think the new coach is very good so we are very excited about the future of the national team."

Brazil kick-off their quest for the Copa America in Group B against Venezuela on July 3. They'll then take on Paraguay (July 9) and Ecuador (July 13).