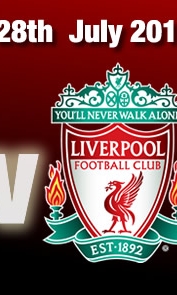 Liverpool have confirmed they are set to make an emotional return to Istanbul this summer when they take on Galatasaray in a pre-season friendly on Thursday, July 28.

The Reds will travel to Turkey's largest city as part of their preparations for the 2011-12 campaign.

Istanbul was, of course, the scene of Liverpool's dramatic 2005 Champions League final triumph over AC Milan.

Milan Baros figured for the Reds on that unforgettable night and now plies his trade for Galatasaray, who finished eighth in the Turkish Super Lig last season.

The two teams last met in the group stage of the 2006-07 Champions League. Both encounters finished 3-2 to the home side, with Liverpool prevailing at Anfield before Gala clinched victory in Istanbul.

The game - which will be screened live on LFC TV and LFC TV Online - will be played at the Turk Telekom Arena, which opened in January of this year and has its own entry in the Guinness Book of World Records as the loudest stadium on the planet having recorded a noise level of 131.76 decibels during a match with Fenerbahce on March 18.

Kick-off time for the fixture is 7pm (UK time). Ticket details will be announced in due course.

The friendly is one of six Liverpool have announced as they gear up for the new season.