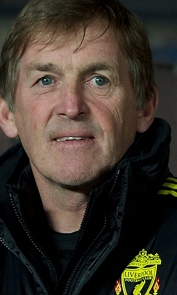 Kenny Dalglish is adamant a lack of European football will not harm Liverpool's chances of attracting players this summer.

The Reds will not appear in continental competition next season for the first time since 1999-2000.

Dalglish - who came agonisingly close to guiding us into the Europa League despite a 12th-placed standing when he took over in January - doesn't have any worries over replicating such a successful summer of transfer activity.

"I've heard people say us not playing in Europe means we won't be an attractive proposition for some players. I disagree," Dalglish wrote in his column for LFC Weekly.

"The history and tradition of this club makes us attractive whether we are or aren't involved in European competition.

"If a player thinks otherwise we are better off without him."

Meanwhile, Dalglish spoke of his sympathy for Blackpool, who were relegated having scored more goals than any side ever to finish in the Premier League bottom three.

"I've spoken a few times this season about how I've admired the way Blackpool played and plenty of people will have sympathy for them after their relegation," said the gaffer.

"They can be more than happy with the efforts they put into their battle against the drop."