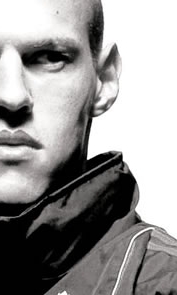 Martin Skrtel claims the changes he has witnessed at Anfield over recent months give him every reason to believe 2011-12 can end in glory.

Few are in a better position to assess Liverpool's development over the last year than Skrtel, who was involved in every minute of his club's league campaign this term.

"When I look around I see a great team with great players," said the Slovakia international.

"I have quite mixed feelings about this season. Obviously we had two different terms. The beginning of the season was not good but this has changed with the arrival of Kenny Dalglish.

"This was a turning point of our season and we really improved under his guidance. This gives me a lot of hope ahead of new season.

"I know he has signed a new contract and I believe he is the right man for Liverpool, a true legend. You could see the results and our improvement on the pitch."

It was Roy Hodgson who rewarded Skrtel with a new contract in August of last year, though by his own admission the centre-back did not reach top form in the early stages of the season.

But under Dalglish the 26-year-old has been back to his domineering best.

Despite a vast improvement in on-the-field fortunes under our greatest ever No.7, Skrtel thinks supporters have yet to see the best of those currently occupying the Anfield changing room.

He explained: "I really think we have a great team and I am lucky to be with these lads. We didn't fulfil our full potential yet and believe that we can do it very soon.

"But I would like to make our fans happy and proud again so I can promise them that we will do our best in the next season."