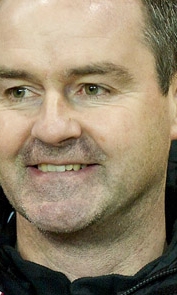 Steve Clarke admits he still has managerial ambitions - but claims a three-year contract working alongside Kenny Dalglish at Liverpool was too good to turn down.

The 47-year-old is one of the most respected coaches in the game, with former boss Jose Mourinho once saying, 'I think he is much, much better than many managers who are in charge of teams at the moment.'

Clarke made no secret of wanting to become a manager after leaving West Ham last summer - but that desire is now on hold after signing a long-term deal as first-team coach under Dalglish.

In a fascinating interview with Liverpoolfc.tv, Clarke said: "Circumstances dictate what happens in football. After I left West Ham at the end of last season I thought I would try my hand at management. Nothing came up in that short period - one or two possibilities but nothing concrete developed.

"Then I came here and I've enjoyed it. Working with Kenny I can improve myself as a coach and a person. I can learn a lot from Kenny as a manager, as I've done from previous managers I've worked with.

"My ambition to be a manager will never go away until I do it. But that's something for the future. For now it's to focus on the job at hand.

"It was a great moment to sign the contract. It's always nice when you get rewarded for doing a good job. It's good to settle everything down and have positive things to look forward to in the future.

"Obviously when you come to a place and you're on a short-term contract, you don't quite put down the roots you should because you're never quite sure if you're going to be there long-term. Now I've got a three-year contract I'll be looking to buy a place and settle down in the Liverpool area."

With the season drawing to a conclusion, thoughts are turning to who clubs may purchase in the summer.

Watch our chat with Clarke 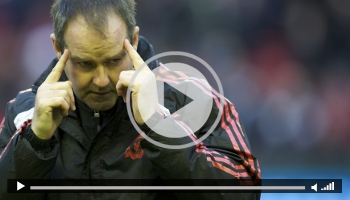 Speculation may be rife about who will arrive at Melwood - especially after a January window that saw Luis Suarez and Andy Carroll added to the squad list - but Clarke believes it is important not to lose sight of the talented spine already in place at Liverpool.

"We have a decent squad here, a lot of good players at the club," he said. "They've shown that for us. If we can find two or three players that can add to the squad, that's what we should do, but if we don't find players who can improve us we've got enough to move us forward.

"We've also got young players coming through. That's been a big plus for everyone at the club this season - the young players have come in and stepped forward and done really well.

"Hopefully we can continue with the nucleus we've got, keep adding one or two kids and maybe improve in one or two areas in the summer."

Expectations always rise ahead of any new campaign in L4, but while Clarke is optimistic about the future with Dalglish - and above him Fenway Sports Group - at the helm, he doesn't believe setting targets for next season is helpful.

"In the short time we've all been together we've worked well and had a good working relationship," he said. "The club feels as though it's on an upward curve. If we can build on what we've achieved in this short spell then things will be bright in the future.

"The club had difficult times under the previous owners and John (Henry) and Tom (Werner) have come in and brought a clear vision. They've backed up their words with good actions.

"I'm learning from Kenny already because I don't think it's right to set too many big targets. We need to keep improving and working at what we're doing.

"There are a lot of good teams up there at the top of the league and breaking into the top four will always be difficult, but if that's what people want to set as our objective then I'm quite happy to take that on board."