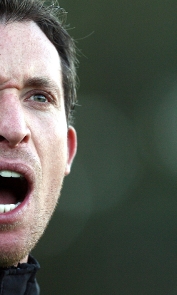 KD: Don't judge us on Sunday

A team of Liverpool legends will roll back the years next week and cross Stanley Park to take on Everton in aid of local charities.

Ex-Anfield stars such as Robbie Fowler, John Aldridge, Jan Molby, John Barnes, Stan Collymore, Alan Kennedy and Jason McAteer are set to don the famous red jersey once more and do battle with the old enemy at Goodison Park on Wednesday, May 25.

There will also be a selection of guest players in action, such as former Barcelona quartet Eusabio Sacristan, Josep Moratalla, Victor Munoz and Joan Vila, boxers Tony Bellew and the Smith brothers, actor Will Mellor and MPs Steve Rotherham and Andy Burnham - and more names are set to be added to the bill in the coming days.

Tickets are priced at just £3 for adults and £2 for children, with all proceeds going towards Radio City's Cash For Kids and the Teenage Cancer Trust, as well as the Everton Former Players Foundation.

Before the big kick-off, local businessmen and women will play a match on the Goodison pitch before girl band Estrella perform.

Then, at 6.30pm, a team of Radio City DJs will play against a celebrity XI.

Fans wishing to attend can purchase Main Stand tickets via the Everton FC ticket office, or online by clicking here>>

Directors and Corporate Box tickets can be bought via the Cash for Kids by calling 0151 472 6965.