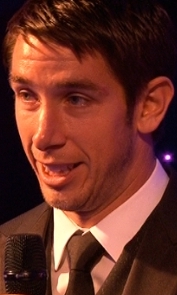 An LFC update from Japan

Footballers from both sides of Stanley Park forgot rivalry for one night on Sunday for Liverpool goalkeeper Brad Jones and his son Luca.

Luca was diagnosed with leukaemia last year. A donor was found but sadly the five-year-old's cancer came back in February and once again he is facing an incredibly difficult fight.

That's why the likes of Jamie Carragher, Joe Cole, Pepe Reina, Phil Neville, Tim Cahill and Mikel Arteta went along to the Hilton in Liverpool for a charity dinner.

Money was raised through tickets and a silent auction at which guests could bid for memorabilia signed by Maradona, Nelson Mandela, Winston Churchill, Charles Dickens, Nirvana, Pele, Lionel Messi and loads of other icons.

FREE: Watch our video of the night>> 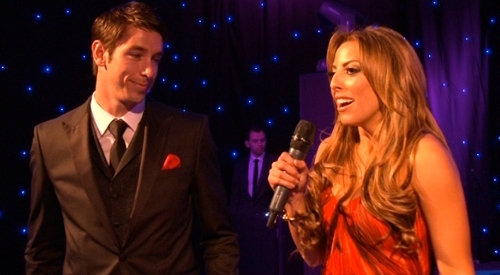 As well as collecting cash, the aim of the evening was to highlight the Anthony Nolan 'Give a Spit, Save a Life' campaign and how easy it is to become a donor by encouraging young men and women to take part in a simple spit test.

Brad told Liverpoolfc.tv: "It's great to see so many people here from the club and Everton as well - they've shown great support.

"Things are tough, but Luca is doing his best to battle through and being a little soldier. We're hoping and praying this treatment works because unfortunately there are not too many things after this that can help him.

"This last year has put everything massively into perspective. Football has kind of taken a back seat but Luca is the most important thing in my life so I've got to make sure I do everything I can for him."

The Hilton was packed with footballers, the odd soap star, photographers from OK Magazine and entertainment including Paige from last year's X-Factor.

Despite the 2-0 defeat to Spurs earlier in the day there was a good turnout from the Liverpool dressing room, including Joe Cole and his wife Carly.

"When it's one of your mates, you turn up for them," said Joe. "Jonesy is trying to raise money for charity and we're all teammates and all in it together.

"Football is football and we all enjoy it but you can't put a price on your health and the health of your children and family. That's the main thing. This is life and I wish him and his family all the best.

"He's a good lad and we all feel for him and what's he's going through." 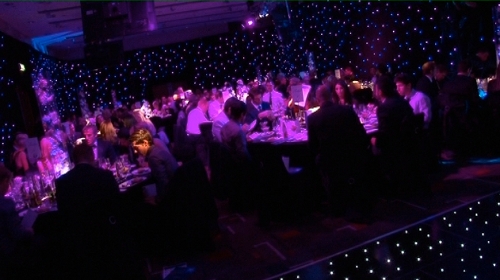 Phil Neville said: "It's a great cause. Tim with the Australia connection has told us a lot about it. There is a lot of rivalry between the two clubs but on a night like tonight we all join together for a good cause."

Brad has been supported through the last year by his partner Dani Lawrence, who recently ran a marathon in aid of Luca and Anthony Nolan.

"It's amazing how everyone has come to show their support tonight," said Dani. "Anthony Nolan have been so good to us that we just wanted to give something back."

Those who want to become a donor should visit anthonynolan.org for more information.

Brad added: "I think the wording of it - bone marrow transplant - deters people but if you do it through Anthony Nolan it's only a saliva sample and a questionnaire.

"If you get selected to be a donor there's no digging into bones or anything like that. You're just attached to a machine which filters your blood and gives good cells to the recipient. It's so easy to help save someone's life."